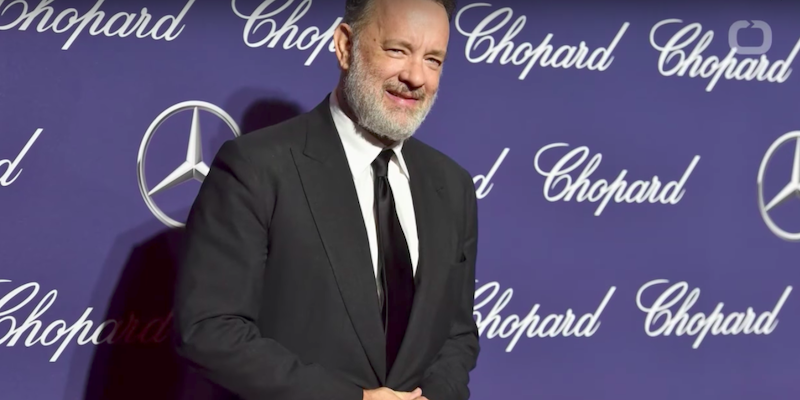 Tom Hanks has joined the chorus of celebrities speaking out against Miramax Films co-founder Harvey Weinstein.

The two-time Oscar winner spoke to the New York Times in promotion of his first book, a collection of short fiction titled Uncommon Type. While he has never worked with the producer and former studio director on any film, Hanks’ interview quickly turned to a conversation about the executive, while also shedding light on how common this horrific act is in Hollywood.

“I’ve never worked with Harvey,” Hanks told the Times. “But, aah, it all just sort of fits, doesn’t it?”

The actor went on to discuss the systematic problem of gender faux pas in the film industry, and how being born in a certain era is no excuse for this behavior—although it continues to be problem with no real solution.

“[S]o obviously something went down there. You can’t buy, ‘Oh, well, I grew up in the ’60s and ’70s and so therefore. …’ I did, too,” Hanks said. “I know all kinds of people that just love hitting on, or making the lives of underlings some degree of miserable, because they can.”

Hanks isn’t the first to speak out against the executive, and he certainly won’t be the last.

“Poor Harvey—I’m not going to say poor Harvey, Jesus. Isn’t it kind of amazing that it took this long? I’m reading it and I’m thinking ‘You can’t do that to Ashley Judd! Hey, I like her. Don’t do that. That ain’t fair. Not her, come on. Come on!’”

He continued the conversation with his thoughts on manipulative power, specifically on women in the industry. While he isn’t shocked by the news, he recognizes that change needs to occur.

“Shouldn’t we be on this?’ Is it surprising? No. Is it tragic? Yes. And can you believe it’s happening? I can’t quite believe that still goes on,” Hanks said.

Correction: A previous version of this article misstated Weinstein’s role in the film industry. He is a producer and former studio director. We regret the error.