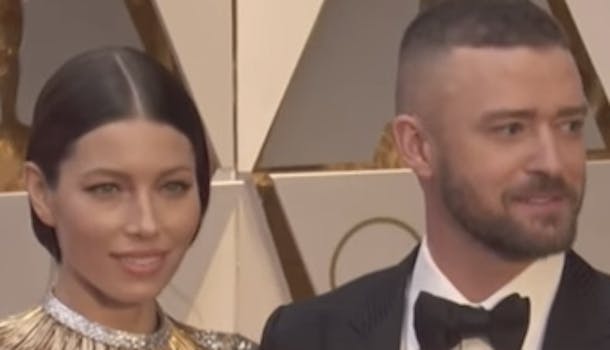 'I know you know this one.'

Justin Timberlake opened the 2017 Academy Awards with a mesmerizing performance of his hit “Can’t Stop the Feeling.”

The most intriguing portion of the performance was the singer’s dance routine—he made sure the stiff crowd loosened up and chained to the beat. Timberlake even made his way over to wife and actor Jessica Biel.

But seriously, how cute are Justin Timberlake and Jessica Biel? 😍 #Oscars https://t.co/p4MmpfwHuI pic.twitter.com/RwlVkyAZZV

Jackie Chan, Sting, and many others were miraculously on beat throughout.

Jackie Chan is all of us dancing to @jtimberlake's "Can't Stop the Feeling." #Oscars pic.twitter.com/NZwNNfnKGd

The performance’s turn into Bill Withers’ “Lovely Day” tied the new with a classic tune, to which Timberlake pointed at Denzel Washington, nominated for best actor for his role in Fences, and told him, “I know you know this one.”

Ryan Gosling and Dev Patel, however, didn’t know the words to “Lovely Day,” and danced awkwardly.