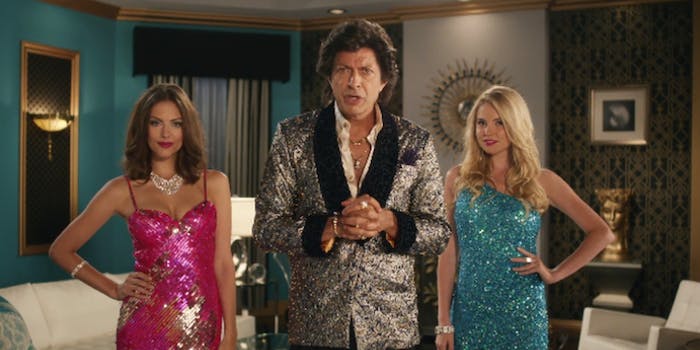 It already sounds just like a Tim & Eric sketch.

Tim Heidecker and Eric Wareheim have been on the road recently, promoting their new show, Tim & Eric’s Bedtime Stories. I got to see one of the clips at their Austin stop a few weeks ago, and it featured Bob Odenkirk as a doctor who can’t stop eating toes.

So everything seems to be in order.

The comedy duo also recently directed a video for GE’s new Link light bulb, which is apparently going to revolutionize lighting via energy conservation and allow users to “wink” at the bulb to turn it on and off, via the Wink smartphone app. Yes, this sounds just like a Tim & Eric sketch.

This is all demonstrated by beautiful person Terry Quattro, played by none other than Jeff Goldblum, who has appeared in Tim & Eric sketches before. The short spot also features an array of Tim & Eric-approved characters helping Goldblum with his sexy-man lighting.

Enjoy Goldblum’s feathered hair and marvel at his jacket.