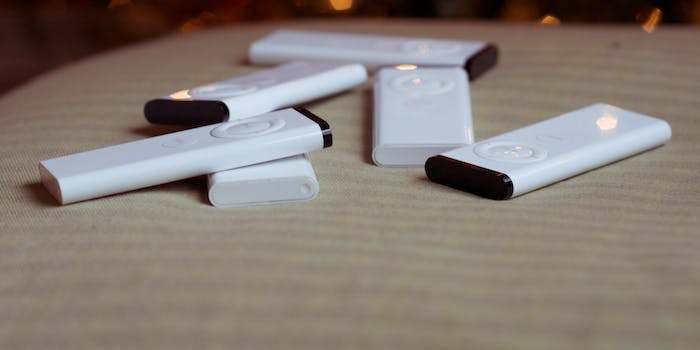 Maybe if TV weren't just a "hobby" to Apple, he would have a better answer.

What Apple CEO Tim Cook knows about TV can fit on the face of his company’s new watch.

In a Sept.12 interview with Charlie Rose, the conversation wandered into a territory of TV, an area Apple has long called “a hobby.” And the company’s attitude toward this “hobby” definitely showed.

“If we’re honest, we’re stuck back in the 70s,” Cook told Rose. “It feels like you’re rewinding the clock and going backwards.”

Cook might want to consider these huge changes that have happened to TV since the ‘70s:

And that’s just the beginning.

Cook points to Apple TV’s 20 million users as a success for the company, but really, this is now a field dominated by original programming and cloud TV innovation.

The biggest thing in Apple television news for the last year has been the rumor of an upcoming iTV. But so far, that’s just a rumor.

Photo by deapeajay/Flickr (CC BY SA 2.0)