In early June, celebrity stylist and good friend to Kanye West Ian Connor took to Twitter to defend himself against multiple women who accused him of rape.

While one of the cases against Connor has reportedly been dropped and no formal charges have been made against him, it seems like the allegations have started to cause hostility between Connor and a few of his buddies.

Tensions came to a head Thursday afternoon when rapper Theophilus London called out Connor on Twitter. 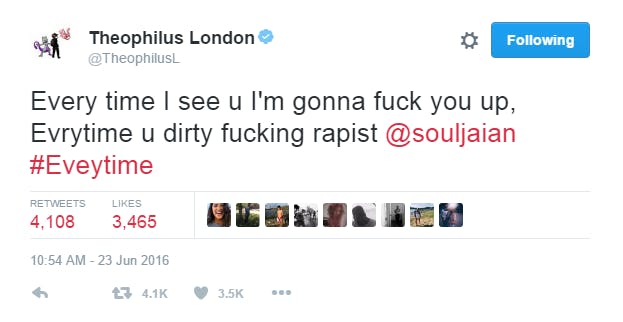 London then called out Connor for allegedly letting down those who helped him in his career.

A few hours later in Paris, Connor, London, designer Virgil Abloh, rap stars A$AP Rocky and A$AP Bari, among others, were gathered at an event at French clothing store Colette. A video, which soon went viral, shows London confronting Connor, in what appears to be a threat, before the latter retaliates with a punch.

Following the physical fight, Connor resurfaced some of his old tweets, supposedly aimed at London.

Connor claimed that London is not only “broke,” but also a “child molester.” 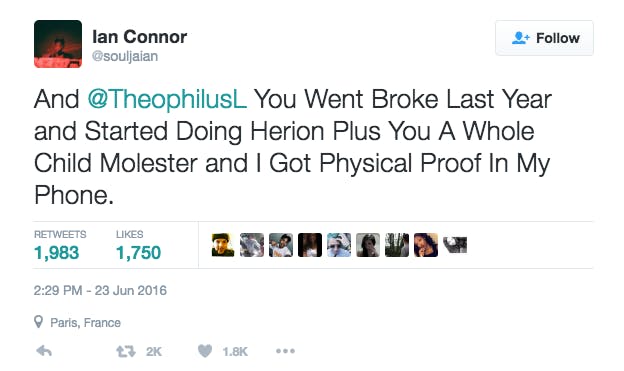 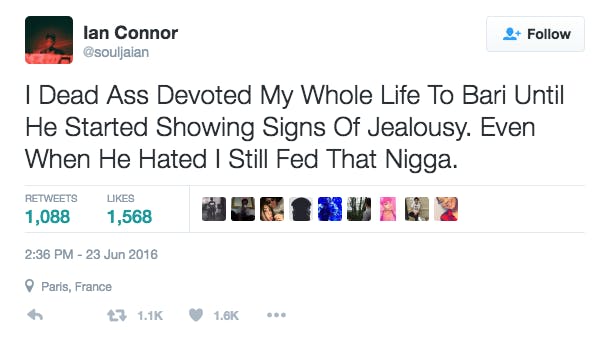 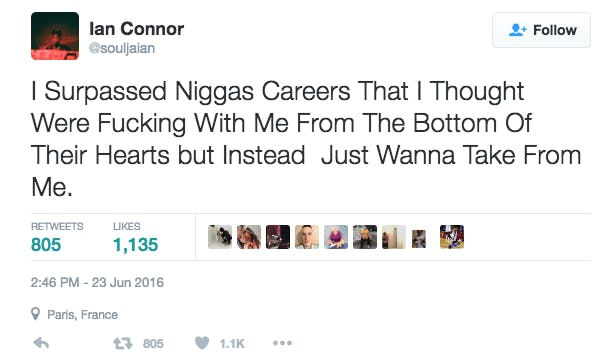 Not surprisingly, this caused London to go on another Twitter rant.

Wasn't gonna tweet shit until I saw this. This shit has to stop now. I'm off this. Been off it. Come 4 me I come4 u https://t.co/tQUrygxJ1e

Back these positive vibes! that's all the dead energy ya mans is carrying around. We was celebrating vlone. Happy to be alive n influential

What’s ironic about this entire altercation between the two is that London called Connor innocent when the rape allegations first surfaced, Hollywood Take reports.

As of publication, neither Connor nor London has responded to our request for comment.