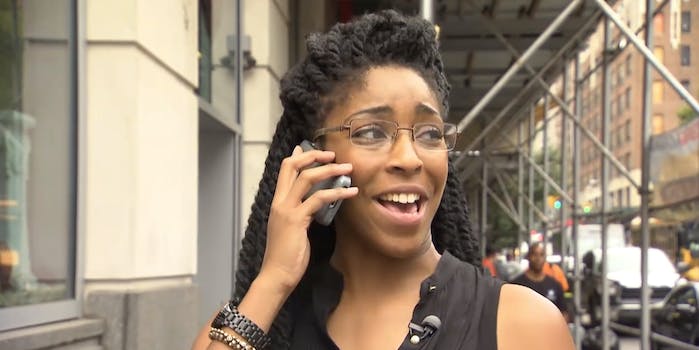 ‘The Daily Show’ mocks men who feel threatened by feminism

The Daily Show is on it.

The Daily Show is no stranger to the subject of catcalling, but now it’s going one step further: trying to solve it.

While many women still have to insist to men that catcalling is in fact a thing and not just free compliments, correspondent Jessica Williams goes out and shows what it’s like to walk to work in her shoes. For the people who’ve experienced it, it’s not surprising at all.

She and the many women featured who’ve experienced street harassment on an everyday basis no matter where they are in the city—they crowdsourced their data and found that no place was safe—or what they’re wearing (not that it matters) try to come up with some solutions. Wearing your best bitch face is highly encouraged, among other things.

Some of them are completely ridiculous, but so is the notion of having to take an extra 55 minutes to get to work to avoid getting catcalled.