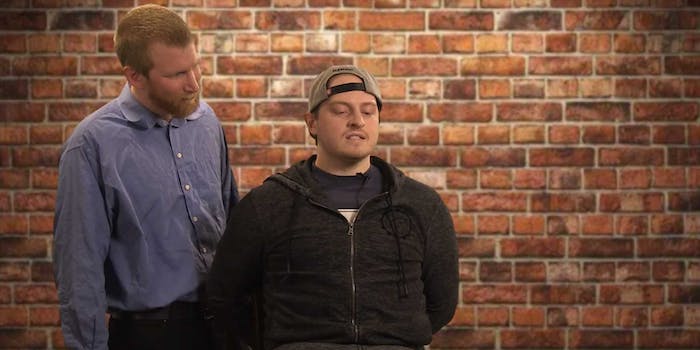 And then, when two users duked it out in the comments section of the first video, a second reading was born.

You can find inspiration anywhere these days—even the comments on YouTube.

Since launching last month, the YouTube Comment Theater has scoured the notoriously trollish comments section of popular music videos to find the perfect scripts for their dramatic performances, reenacting comments from the videos of Justin Bieber, Katy Perry, and One Direction (among others).

Their April 23 video featured a comment-turned-monologue about an erection posted by MrBlister27 on Taylor Swift’s “We Are Never Ever Getting Back Together.”

But then that video got enough comments that it earned its own YCT interpretation.

This time, the dramatic reading comes from a common occurrence in the YouTube comments: an argument between users, acted out by Tim Dorsch and Jay Wells L’Ecuyer in an over-the-top fashion.

MrBlister27 found the video in which his comment was used and decided to explain his reasoning. He was angry while riding home from school one day.

Another commenter, however, wasn’t having it.

“you were angry so you wrote a poem about your genitalia?” johnnyxcasanova asked. “Were you angry because your dick isn’t that big?

The argument stopped at MrBlister27’s profanity-laced reply, but the actors’ portrayal of the YouTubers and their words were enough to convey the message.