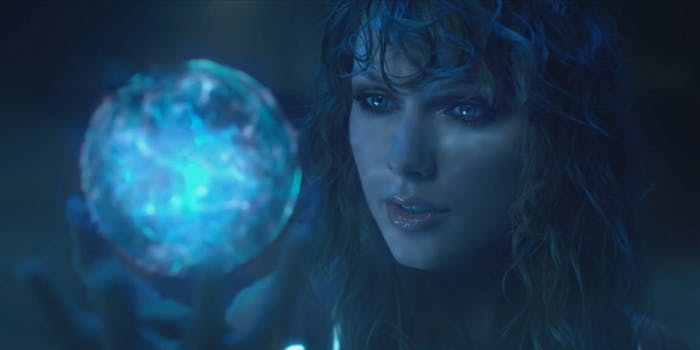 Taylor Swift fights herself in the ‘…Ready For It?’ music video

Are you ready for it?

Taylor Swift has a new enemy—herself—in a sci-fi-influenced, futuristic world in the music video for “…Ready For It?”

It’s rife with visual references to films like Blade Runner and Ghost in the Shell as a cyborg Swift in black finds another cyborg Swift in a thermoptic suit. Their battle is external and internal, and Swift in the Shell ultimately breaks free and ascends while her other self takes out as many bots as she can before she falls.

Some Swift fans tried to analyze the video while noting allusions to some of her previous videos and lyrics.

Others saw the video as a visual interpretation of something we’re much more familiar with.

More than one person noted the irony in Swift’s thermoptic suit being inspired by the widely panned Ghost in the Shell.

Confirmed: At least one person liked Ghost in the Shell#TaylorSwift pic.twitter.com/de7GDIAHrI

reputation will be released Nov. 10.