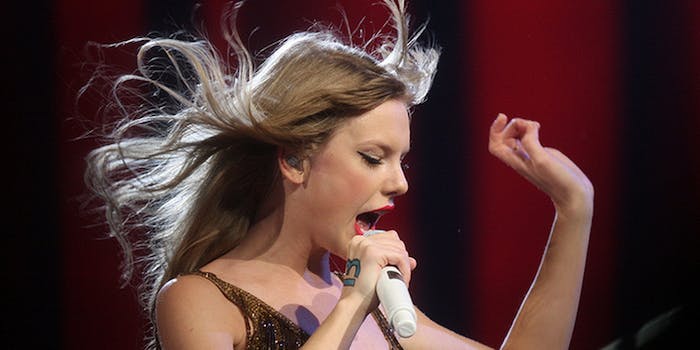 Taylor Swift’s had a big week, what with the release of new single “Shake It Off” and announcement, via livestream, of her upcoming ’80s pop album, 1989. Then there was the inevitable backlash to her video, which sustained the haters for a week or so.

She bookended this branding tour with a performance at last night’s VMAs, and the fact that her isolated vocal from “Shake It Off,” a song about giving the gas face to haters, is now making the hater rounds is the sort of meta-irony the Internet loves. This is Swift’s awkward girl brand writ large.

Of course, this is a live performance with choreography, so perhaps she can be forgiven for sounding a little out of breath, but if we don’t have something to hate the day after the VMAs, did they even happen?

This still doesn’t come close to David Lee Roth’s isolated vocal from “Runnin’ With the Devil,” and nothing ever will.