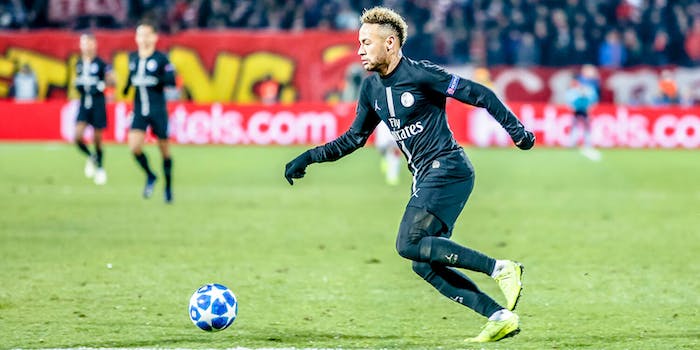 How to stream Paris Saint-Germain vs. Borussia Dortmund live

Neymar must show up for PSG on Wednesday to ensure the home side's attack has the strength to overcome Dortmund's teen wunderkids.

Here’s everything you need to know to live stream PSG vs. Dortmund on Tuesday in their deciding Champions League Round of 16 match.

Paris Saint-Germain and Borussia Dortmund meet in Paris on Wednesday in the deciding match of this Champions League Round of 16 matchup. Surprisingly, it is Dortmund that has the advantage heading into this match, having won 2–1 back in February. In addition, the visitors have a trick up their sleeve, in the form of teenage striker Erling Haaland, perhaps the best attacker on Earth at the moment — and, not coincidentally, the man who scored the winning goal at Dortmund.

Of course, PSG is none too shabby in the attacking department either. Neymar has 13 goals in 15 French first division matches, along with two goals in just three Champions League matches. Meanwhile, Kylian Mbappe has 18 goals, but he’s done that in 20 Ligue 1 games, along with five goals in six Champions League matches. Neymar scored PSG’s goal in the first leg; if both get on the scoresheet for Wednesday’s game, PSG could easily overcome the deficit and be the team that moves on to the next round.

PSG vs. Dortmund: What to watch for

This match will come down to a battle between the two sides’ forwards. Haaland who scored both of Dortmund’s goals in the first leg, and the prodigy has scored nine goals in just eight appearances in the Bundesliga. BVB has, unfairly, another teen wonderkid in the attack: Jadon Sancho has scored 14 goals and provided 15 assists this season. Thorgan Hazard is the glue holding the team together right now, readily able to provide the perfect assist.

PSG is not used to running up against teams with a better attack than its own, but at the moment, that’s just what Dortmund has. In addition, it’s lost a valuable advantage: It’s normally loud and boisterous home crowd won’t be in attendance, as the match will be played behind closed doors. As such, it needs its attackers to show up and dominate Dortmund’s youngsters. PSG star Kylian Mbappe, not so old himself, must take advantage of the shots he has available inside the box, as he was unable to do in the first leg. And Neymar needs to shine, dribbling and disrupting and knocking the visitors off-balance, enabling him to get the ball in the back of the net.