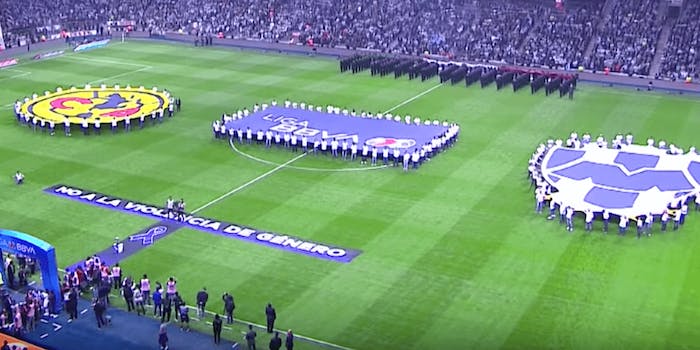 The Liga MX half-season title will be determined on Sunday, hopefully continuing the excellent play from Thursday.

The Liga MX Apertura Liguilla Final will be decided at Estadio Azteca on Sunday night. Monterrey won the home leg 2-1 to put the pressure back on Club América. Liguilla rules state that the higher seed (which is America) would win the two-legged final if it ends in an aggregate draw after 180 minutes … until it gets to the final. If they draw (not inconceivable), then there’s the potential for extra time and penalty kicks. (So it could be a long evening.)

Monterrey’s Rogelio Funes Mori scored an amazing bicycle-kick goal in the 93rd minute of the first leg to secure the win for Rayados in Thursday’s compelling first leg match.

Here’s everything you need to know to live stream América vs. Monterrey, including what to watch for on the pitch.

Club América (recent form: LWLWL) is in a much better than in its first-round Liguilla tie with Tigres, when Tigres won 2-1 in Mexico City and it looked like América was going out. América won despite its lower seeding, defeating Tigres 4-2 to win 5-4 on aggregate. This time, the Aguilas get to chase another 2-1 deficit but with home-field advantage. The only thing América needs is a bit of luck; perhaps Funes Mori used up all of Monterrey’s.

Monterrey (recent form: WWLWW) has been dominant and confident since its Club World Cup showdown against Liverpool FC. To end the year with another trophy, Rayados must continue to be as ruthless as the Reds. Monterrey has to win the tie by a clear goal, and is likely exhausted from two flights across the globe this month in addition to its matches, but the current squad has the ability to win this Liguilla on the road.