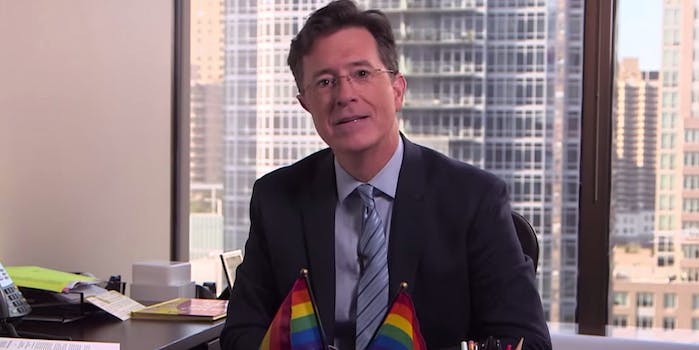 Those are some lucky numbers.

What does Stephen Colbert think about yesterday’s Supreme Court ruling on marriage equality? He came to us straight from his offices at the Late Show to say, “Congratulations, gays.”

In a video titled “June Is a Lovely Time For a Wedding,” Colbert (sans Colbeard) talked about the ruling and the dissenting vote in the Supreme Court. He then zooms in on Justice Scalia’s “fiery dissent,” and uses a fortune cookie to great effect.

Screengrab via the Late Show With Stephen Colbert/YouTube