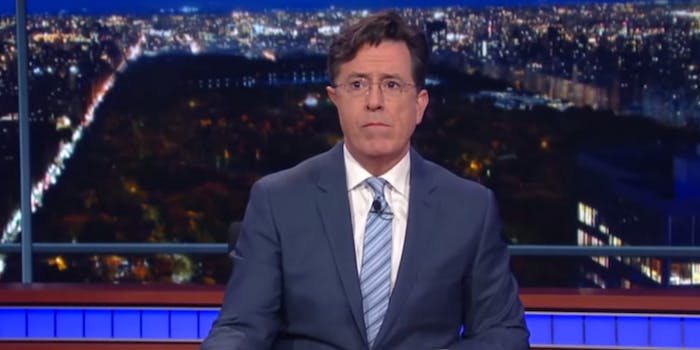 'We end tonight's show with a heavy heart.'

On Friday evening, as news of the Paris terror attacks rippled through social media, Stephen Colbert was in the middle of taping The Late Show. His audience members apparently learned of the attacks during the taping.

Stephen Colbert paused in the middle of taping TLS to tell us what happened in Paris. So surreal to get such horrific news in that setting.

Chack related via Twitter that Colbert re-recorded the intro after learning of the horrific events, which were still developing at that point. Colbert then ended the show by saying that while not much was known about the attacks, they offered their thoughts and prayers to the people of Paris.