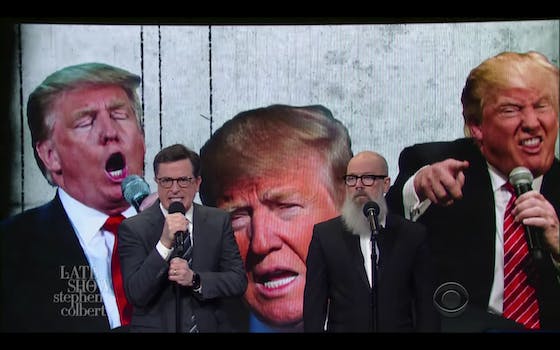 No one feels fine.

The year 2016 often felt like the end of the entire freaking world, and Stephen Colbert‘s nail-in-the-coffin tribute proves it.

On Thursday, Colbert and R.E.M.‘s Michael Stipe took the stage on The Late Show with Stephen Colbert to sing a bittersweet 2016 rendition of the band’s 1987 hit “It’s the End of the World as We Know It (And I Feel Fine).”

From Zika to President-elect Donald Trump, Colbert recaps the year’s best and worst as Stipe stands idly by, refusing to utter the words, “I feel fine.” At the end, James Franco, another guest for that night’s show, comes out to drive home the chorus.

Watch the the brutally real, poetically penned “It’s the End of the Year as We Know It” below: