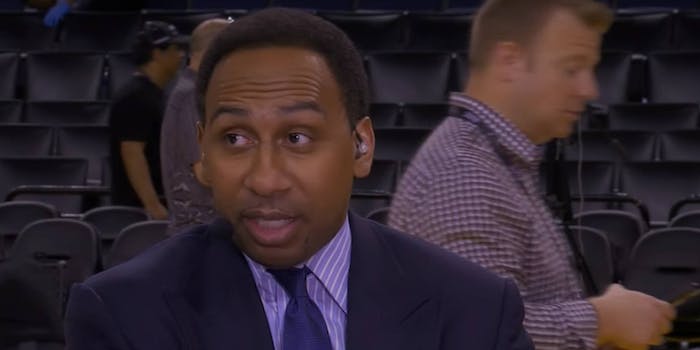 Watch Stephen A. Smith wrongly predict the NBA Finals for the past 6 years

What a losing streak.

ESPN’s Stephen A. Smith may want to go against his gut the next time he makes a prediction for the NBA Finals. One viral YouTube supercut shows the sports broadcaster getting it wrong for six straight years.

The video was published on Monday by an account named Are You Mad Bruh? and already has over 300,000 views. It ends with Smith’s latest prediction for the 2016 NBA Finals between the Golden State Warriors and the Cleveland Cavaliers. For the sixth year in a row, the First Take host projected wrong. The Cavaliers beat the Warriors in a tight series that went seven games.