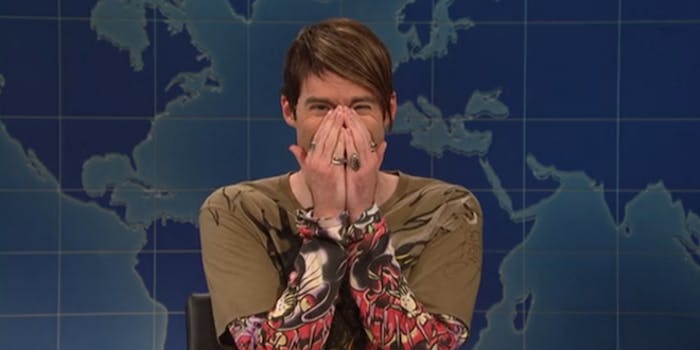 Everything you ever wanted to know about Stefon's new life with Seth Meyers.

Bill Hader returned to the show as host, which means beloved club reporter character Stefon made an appearance at the Weekend Update desk with a big announcement.

Stefon’s last appearance was an emotional farewell when Hader left the show, culminating in his marriage to Weekend Update’s former host, Seth Meyers. In this appearance, he doesn’t disappoint with his increasingly improbable and insane club elements, name-checking human defibrillators and former MTV star Dan Cortese, to name a few.

Hader’s hosting gig was an effort to promote his new film, The Skeleton Twins, and former SNL cast member and film co-star Kristen Wiig also appeared in the episode.