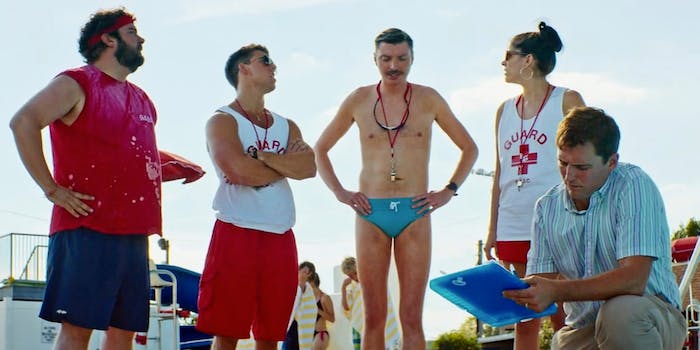 The other other summer camp movie on Netflix this month.

While we’re waiting for Wet Hot American Summer: First Day of Camp to debut on Netflix July 31, another summer camp movie is jumping in.

IMDb explains that the film is about two friends, Danny and Frank, who “spend the summer after high school working as lifeguards while figuring out their future.” The trailer looks a little more promising than the hackneyed concept art.