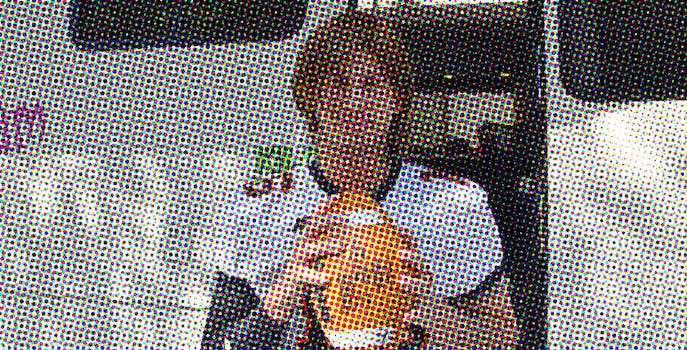 Trips to the in-laws on holidays are like trips to Vegas. If you are there for more than 48 hours it’s way too long and the only way to cope with the madness is to have a steady intake of whiskey and weed. I sure do feel like throwing some craps.

Anyway, I actually love my in-laws, so I suspect it’s more about my overall problem with humanity. On Thursday we ate steak and drank red wine (my father-in-law knows everything about it, just ask him) and we didn’t watch a down of football. It was like a slap in the face to American traditions. Catching up on stats I noticed Ezekiel Elliott continues to be unworthy of the price from draft day. Which had me thinking about the top 12 from August:

Two-thirds of this list were generally useless players. To a degree, this happens every year. As the old saying goes: The draft is won in the mid-rounds and by the team that avoids injuries. The only difference is the waiver wire has been emptier than Bill Belichick’s heart this fall. And if your first-round pick is a bust, there’s no easy escape from the basement. Making those desperation trades when you’re 0-4 seldom works—and when the waiver wire is a ghost town you can pack it in.

But this is the appeal of the game. And Week 14, if your team is still playing, makes all the headaches worth it. Everyone is 0-0 again. In this week’s column, I’ll shy away from the bottom-of-the-barrel guys—goodbye, Brian Hill—and focus on players more likely to be on playoff teams. I’ve also expanded the amount of players because nothing is more fun this time of year than having too many decisions to make and some guy on the internet telling you who to start in a fake football game.

Pickup of the week is probably Raheem Mostert, if he’s still hanging around. Tevin Coleman and Matt Breida are no longer Thing 1 and Thing 2. It’s a circus and could change next week. Have fun guessing. If you need him in Week 14, it’s likely you’ll lose anyway.

Hang the stockings and pack the bowl, Week 14’s smoke ’em, pass ’em is upon us.

Jacoby Brissett at Tampa Bay: He sure looked like the savior for Indy and fantasy teams out of the blocks. Maybe it was the film or the loss of T.Y. Hilton and Marlon Mack or maybe he’s only startable against bad teams. The fantasy gods have delivered with this matchup, though. Tampa is giving up the third-most yards a game through the air. Theoretically Indy should open up a bit since the running game will be stifled by Tampa’s second-ranked rushing defense. Still not convinced? Me either. This is riskier than eating week-old turkey leftovers sprinkled with Jim Irsay’s “special” spice which is ground up Vicodin and Ibogaine.

Kirk Cousins vs. Detroit: I have hated Kirk for a long time, a storied history dating back further than vikings exploring the Atlantic. Detroit is giving up the most passing yards per game in the league. They will have had 10 days off to think about giving up 338 and three to Mitch Trubisky, which is an offense punishable by death in some countries.

Jared Goff vs. Seattle: Fresh off completing 74% of his passes for 425 and 2, Goff gets a Seattle defense which ranks fifth-worst in the league against the pass. Goff has looked pedestrian against some of the league’s best defenses. The Ravens, Bears, Steelers, and Niners were ugly contests. But against mediocre squads—Bengals, Bucs, Falcons—he’s been serviceable. Last time out against Seattle he had 395 and one. Hopefully Sean McVay remembers the plays that worked and uses them again.

Le’Veon Bell vs. Miami: Humans are notorious for their inability to let go of the past. Living in the past has never benefited anyone. “Those who cannot remember the past are condemned to repeat it,” George Santayana said. George then took a shot of Turkey, grimaced, and slammed the glass on his head. As the shards and blood trickled into his eyes, he clicked on Bell’s name to insert him into his lineup.

Miles Sanders vs. New York Giants: There’s a good chance he’s your flex option this week. The floor has been shaky, but the Giants are swirling the bowl.

A.J. Brown at Oakland: Next season I will have 100% exposure to Brown. No one will talk me out of it. This game has splash written all over it. Ryan Tannehill is 5-1 as a starter and Derrick Henry is like Earl Campbell crawling out of Zeus’ skull. I’ve been rolling Brown out in my flex for the last four weeks. He’s scored only once, but it was a 5-135-1 performance. The targets are concerning with 4-5-4 over the last three. But on the road against a soft pass defense, let’s dare to believe. Don’t pretend like you have great flex plays. I think I’m getting more bitter by the day. Maybe I should play in less leagues?

Not enjoying #fantasyfootball as much as you used to? Here are some tips:

* play less… limit your leagues to ones you really care about

Zach Pascal at Tampa Bay: If Brissett is a week-old turkey, Pascal is month-old gravy sitting on the counter in direct sunlight. But Tampa’s pass defense has been a funnel the entire season. For the love of everything holy can we get one flex who isn’t as worthless as Troy Aikman’s opinions?

Anthony Miller vs. Dallas Cowboys: How depraved and desperate must we be to even consider the second option on a team quarterbacked by Trubisky? I’m afraid I can’t answer that question because I’m already starting A.J. Brown.

Mike Gesicki at New York Jets: I’m truly happy for DeVante Parker who I literally had everywhere for every year of his career until this fucking season. But Gesicki quietly has two TDs in his last two and caught 5-79 last week. The Jets have the best run defense in the league and the Dolphins have the worst run offense in the league. “Numbers, numbers, numbers,” he repeated as he gulped at his last breath and sank into the dark sea, his bloated corpse ravaged by bloodthirsty dolphins.

Dak Prescott at Chicago: Much like Goff, he’s mostly disappeared against solid defenses. And the Bears are top-five in the league against the pass. My schadenfreude rankings are Patriots, Steelers, Cowboys. Watching Dak and the ‘Boys fail is a fun past-time unlike baseball or fantasy football.

Pat Mahomes vs. New England: What if fantasy football is dead? The Patriots have ruined it with their Belichickian sorcery on defense. The only way to truly end this nightmare is to ship Tom Brady to Mars and watch him starve to death via video feed. Only this sacrifice will bring back offense.

Darwin Thompson at New England: What percentage of folks who drafted him still roster him? It’s gotta be almost zero and yet higher than teams who have Odell Beckham and made the playoffs.

Marlon Mack at Tampa Bay: Likely back from a broken hand and facing the second-best rushing defense in the league. Jonathan Williams, we barely knew ye.

Will Fuller vs. Denver Broncos: He followed his Colts performance with a 1 for 8 against New England. This won’t be any better. Or maybe it will be? This is a guessing game and Week 14 is no time for this nonsense.

Marquise Brown at Buffalo Bills: Hollywood? More like low-budget camcorder Bollywood, amirite? My heart’s not in this.

Ryan Griffin vs. Miami: He’s had one good game in the last four. Maybe you got no choice. This position is bleaker than the long-term prospects of either of these franchises. The truth is self-loathing in America is at an all-time high. Selling distractions is a booming business and football, with its nonsensical outcomes, its perennial unpredictability, and its infuriatingly addictive storylines reels in the pathetic devotees by the busload. Keep your eyes open like a geeked-out Adam Gase and gaze at the surface of the water which is soon indistinguishable as you sink to the abyss embracing you from below. Good luck in the playoffs.