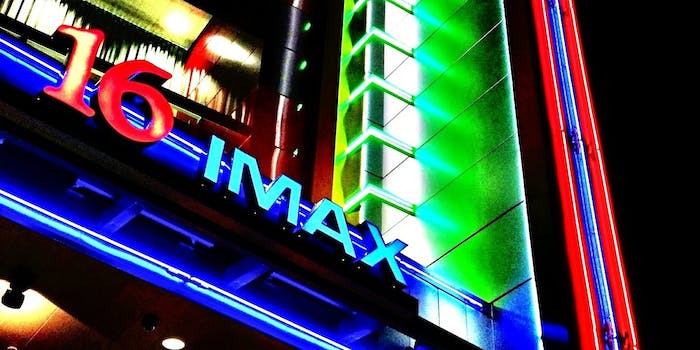 The franchise has contracted to take over all of the IMAX theatres in the U.S.—even the ones in museums.

The Force has awoken, and it’s coming for an IMAX theater near you.

Star Wars has contracted with IMAX to take over all IMAX theaters in the U.S. completely for a full month after the release of The Force Awakens.

This means that fans eager to see other winter-release films on the largest screen possible will just have to wait—and hope the Star Wars run doesn’t edge out their faves completely.

The takeover will cover about 400 screens in the U.S. and extend to non-traditional movie theaters like museums and aquariums, which traditionally only show more science-related IMAX fare.

The contract will also include more than 400 international IMAX screens.

The Hollywood Reporter notes that films like Ron Howard’s epic whaling movie In The Heart of the Sea, which opens before The Force Awakens, will get a drastically shortened time on the larger screens due to the month-long glut.

So will Birdman director Alejandro Iñárritu’s highly anticipated The Revenant, which may not see an IMAX opening until at least a week after its release in January.

Though IMAX has placed the Disney disaster film The Finest Hours on its schedule in late January, the rest of that month remains clear as well, which means the Star Wars bonanza could continue.