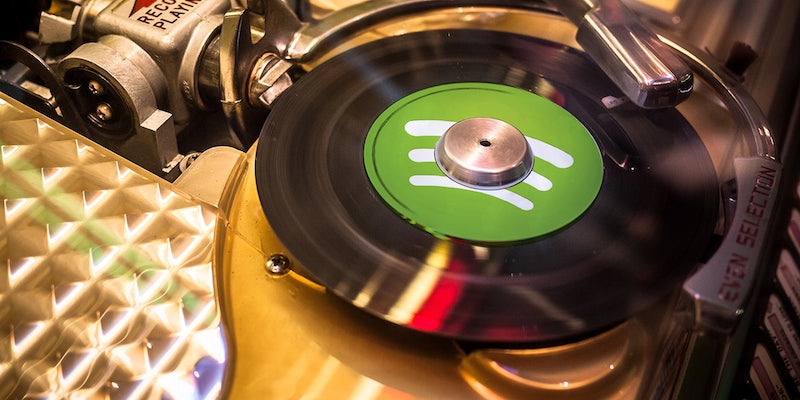 No one actually finishes songs on Spotify

Folks in the music industry should plan for the new five-second rule.

According to a new study from Music Machinery, 24 percent of Spotify users skip a song after only five seconds of streaming it. A skip is outlined as any instance wherein users “abandon the song before it finishes,” whether they searched for and started another track or moved to a new playlist selection. In fact, nearly half of Spotify users can’t be bothered to finish a song.

Last.fm was for acutely self-aware romantics. Myspace was for building fake empires. But music-streaming service Spotify—almost three years into its American run—is a trusted, lived-in extension for most users. Its data is thus a reliable litmus for how modern listeners work.


The data was pulled from the skipping behavior for millions of listeners and over billions of plays.

The study concluded that the average listener skips 14.65 times per hour, or once every four minutes. Women (45.23 percent) are slightly more prone to skipping than men (44.75 percent). Mobile users (51.1 percent) are considerably more impatient than desktop users (40.1 percent).

That makes sense: Desktop Spotify sessions often soundtrack work hours and linger as background noise to projects. Mobile listening skews toward hyperactive hours—toggling cuts to optimize commutes, or when people hijack your phone to put on “Turn Down For What” at a gathering. To make sure that isn’t self-involved speculation, here is that data reflected in chart form. 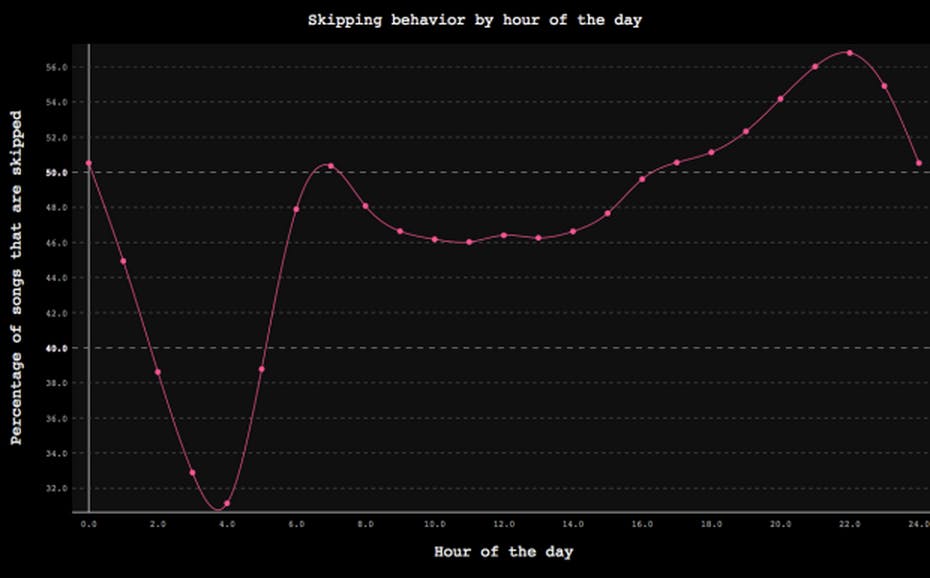 Age is critical: Teenagers skip at well over 50 percent, people in their 30s at only about 35 percent, and, interestingly, people in their late 40s and early 50s revert to the skipping impulses of teens. That could be because teenagers are logging onto their parents’ accounts while low-skippers in their 30s are often buried with toddlers and have less time to tinker with mixes.

Skipping behavior also goes up heavily on the weekends. The study concludes, convincingly, that “when people have more spare time, they are more apt to curate their listening sessions by skipping tracks.”

That seems to be the key tenet here. Modern music fans with access to streaming services expect to be able to follow their whims down rabbit holes of new music. And it better move us in five seconds.

Photo by kennymatic/Flickr (CC BY 2.0) | Remix by Jason Reed