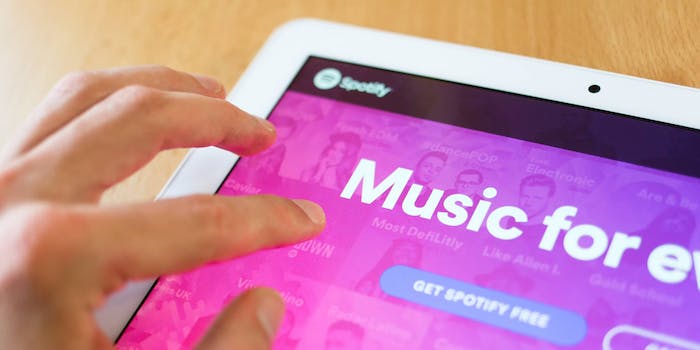 The music streaming war is heating up.

The streaming war between Apple Music and Spotify is now hotter than ever. And some of the market’s biggest artists are becoming part of the collateral damage as the rivalry threatens to reach its boiling point.

Beyoncé, Adele, Jay Z, and Frank Ocean have found themselves with starring roles in the latest streaming drama. Bloomberg Technology reports that Spotify is retaliating against artists who make deals with Apple Music by making their music harder to find.

According to “people familiar with the strategy,” Spotify will implement algorithms designed to disadvantage specific artists who choose exclusive deals with Apple Music over wider releases. Sources also allege that the artists have been informed that their songs won’t be featured on the curated playlists that Spotify is known for. That treatment also goes for artists who’ve made deals with Jay Z’s Tidal.

Both sides are sharpening their knives, as Spotify claims that Apple blocked the latest update of its iPhone app in a dirty play to prevent users from enjoying its services. Apple maintains that the newest version didn’t meet its terms of service.

When it comes to growth, Apple Music has taken a fast lead in the music streaming arms race. The service has over 15 million paid users since it launched last summer. That’s only half of the global subscribers Spotify has, though it was amassed in a fraction of the time. Therefore, Apple Music is Spotify’s biggest competitor.

A Spotify spokesperson said rumors that the company is burying music of artists tied to Apple Music and Tidal are “unequivocally false.”

And Apple Music’s status as a rising star may soon be in jeopardy. Bloomberg Technology also reports that Universal Music Group CEO Lucian Grainge recently sent out an internal memo requesting that long-term exclusives no longer be given to Apple Music.

With Ocean’s Blonde LP—itself a big Apple Exclusive—hitting over 750,000 illegal downloads mere days after it was released, it appears that both services may be facing a bigger problem than streaming rights.