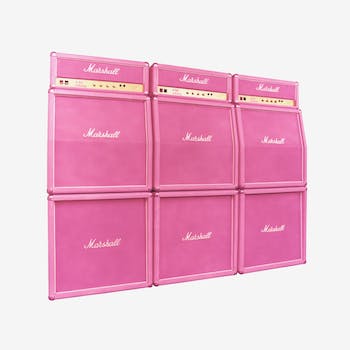 The outer limits of Spotify

Good Tidings to You is a collection of outsider art and unconventional (sometimes abrasive) sound that tests the depths of Spotify.

In Spotify Essentials, the Daily Dot curates custom playlists created by some of our favorite artists, staff writers, and Web community leaders. This week, Garret Kelly reports back from deep inside Spotify’s rabbit hole.

Good Tidings to You is a collection of outsider art and unconventional (sometimes abrasive) sound. It is a test of the limits of Spotify.

I work on the technical staff at Sub Pop Records, and I also cofounded and continue to help run an online free-form community radio here in Seattle called Hollow Earth Radio, a station that focuses on many different forms of underrepresented music. At the station, we receive a lot of submissions from folks running the gamut of experience and technique. For instance, one of my favorite submissions ever was Terri Day, a Bellevue housewife who had never made music before and submitted a recording of herself “mixing” two YouTube videos. She put a mic up against her computer speakers and went back and forth pausing and unpausing the videos, adjusting the volume, carefully layering the sounds. You could even hear her mouse clicks. It was brilliant. But obviously, it was something so rare and special that I knew I would never find it on Spotify.

So this playlist is built on that initial cynicism: What things are just too “out there” or “abrasive” or “chaotic” or “challenging” or “uncommercial” that it would be difficult to imagine them in the Spotify database. Using my highly scientific method, I searched for the song “Eat My Dump” as a litmus test, hoping to find the classic hit from improv grunge band the Thrown Ups. And what do you know, it was there right next to their other tracks “Your Band Sucks” and “Lard Butt.” I would have given up had I not come across this sliver of encouragement. Maybe, just maybe, a few other treasures could be found in this virtual online jukebox.

I dug around more. Immediately I found one of my favorite artists ever: Jan Terri, ‘90s VHS video legend (who once toured opening for Marilyn Manson) and whom I had originally found searching for “Worst Music Video Ever” on YouTube. Her records are long out of print but now available for endless, joyful streaming through Spotify. Outsider pop stars Half Japanese seemed a plausible enough find, but the work of virtually unknown music-maker Thropida came as an utter surprise. Likewise, my favorite of the Birthday Party’s live recordings (a cover of “Funhouse” by a little known Italian band called the Stooges) wasn’t particularly obscure, but I hazard a guess that this is the first opportunity for many to listen to Sander Jensen’s beautiful country love song “So Cute.”

And so it goes. The playlist is a gift to you, tossing between wacky pop by Roger Nusic, “queercore”/”schrag” from Behead The Prophet No Lord Shall Live, country moog (“Poke Salad Annie” by Gil Trythall), gorgeous Korean ballads recently rereleased from Kim Jung Mi, “Tumblr-wave” hip hop by teenager Kitty Pryde, and new-age oddities from Miss Vicky Galinsky (“Come Inside” (the crystal, that is)). Human Skab was a 10-year-old from Elma, Wash., who put out a tape in 1986 and claims he is the first grunge band. Arrington de Dionyso plays bass clarinet over trance rock and throat sings in Indonesian. Extempore Band is ‘80s Czech jazz? rock? or something? And Black Hat is a local Seattle guy right now making fierce, but strangely danceable, industrial beats.

What does any of this have to do with any of the other stuff? “You Can Find God in A Music Store” includes, literally, secret field recordings of people idly banging on instruments at a music store. And what’s this single by the band SOUND FX called “Wooden Panel Outhouse Door Open And Close”? It’s a mystery to me, though I look forward to digging more into their catalog.

Yet, the question still stands. How does it all fit together? I’ve never been good with making mixes or having music flow together.  I just like it there on the plate in all of its different and clashing flavors to experience all at once. I like that they don’t all fit neatly together.

There are a few artists that I wish I could have been added to the delicious sonic meal: ‘70s Seattle anarchist improvisers Audio Leter/Sue Ann Harkey, Marianne Nowottny’s avant-pop or the Russian troupe of weirdos AWOTT. Kenneth Piekarski (Slashed Tires) and his “smooth grunge,” Seattle one-man-band funk would have been icing on the cake. Unfortunately none were to be found in the deep dark Spotify waters.

That’s OK, though. I enjoyed working inside the limitations, and there was a lot here to work with. I guess fundamentally I just wanted to share art that has challenged or influenced me in some way, to really look at all the different kinds of voices and kinds of people exploring sonic territory.

I hope you find something in here that scares you or makes you laugh a little bit or makes you cry. In fact, I dare you not to sob uncontrollably while listening to the soloist in “Desperado,” a middle school choir recording from the ‘70’s by the Langley Schools Music Project.