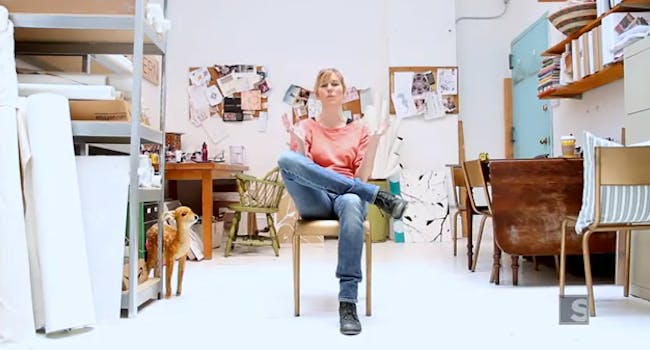 It might not be perfect yet, but it's one of the slickest new channels we've seen.

If HGTV is too boring and Dwell magazine is too stuffy for you, there’s a new finely built YouTube channel that should sit well. It’s called Spaces.

The home and design-centric network debuted last week as part of the site’s splashy effort to bolster original programming. Created by Digital Broadcasting Group, the channel premiered with four original series and racked up nearly 2,300 subscribers.

It was immediately lauded as a “hipper HGTV” by the seldom hip New York Times. If the always engaging Apartment Therapy had a video channel, this would be it. The channel is hip to look at, skillfully edited, and most importantly, entertaining to watch. It might be YouTube’s most promising channel. But like any good piece of furniture, it needs a bit of tailoring.

Let’s pretend we’re wandering through the marketplace at Ikea: we’ll take a look at each series and point out what like (and dislike) about each of them.

The title is exactly what the show is about: three- to four-minute visual dossiers of people of importance in the design world. Spaces introduces us to rooftop gardner Brooks Klausing, interior designer Blair Harris, and industrial designers Ian Collings and Gregory Buntain, to name a few. It’s a solid start and the show’s format is tight. But couldn’t they pick anyone with more spark? Harris comes off as cold and unapproachable; while Klausing never comes out of his shell despite his interesting insights.

Not everyone lives in a traditional house—how kooky! This series focuses on people who live in tree houses, boats, and even an Occupy protester living in a tent. The coolest show was about a Portland, Maine couple that lives in a houseboat even though that seems like a terrible idea. But—and not surprisingly—the Occupy tent protester received the most flak. Spaces interviews a well-groomed protester who says his living situation started off as an “experiment” to see if he could live off the “fat of the land.” Whether he ultimately succeeded remains a mystery.

Your Place is a Dealbreaker

Suprisingly produced by someone other than Liz Lemon, this heteronormative series shows off couples who recently moved in with each other only to find they hate each other’s decor. A “celebrity designer” swoops in to try redecorate. This is the least productive and worst of the shows. One couple whose main argument is the placement of an Obama poster is so obnoxious to watch that clearly both of their voting rights should be revoked. Another problem is that it’s just too damn long. Most of the show is spent on the couple arguing and little time is dedicated to showing a solution.

I Live with My Mom

In a world where fathers don’t exist, this series focuses on kids who move back in with their mothers after college graduation since the economy is so robust. The first half of the series predictably focuses on the shortcomings of 21-year-olds in a civilized home. Yes, we get it, kids are slobs. Kids are lazy. Having kids at home is the worst. The show’s solution? I’ll give you a hint: It’s not helping the kid move out of mom’s house into a cost-efficient apartment to learn self-reliance and responsibility. It’s to further entrench them into codependency by remodeling the room with the help of a designer.

One show follows Ryan as he remodels his parents’ basement into a recording studio. What we’re left with is a nicely decorated room—thus ensuring that the 27-year-old Ryan will never leave.

Spaces is off to a promising start. Unfortunately, it’s not diverse, and I didn’t actually learn anything from it. Granted, I didn’t go into the channel expecting to learn how to build a cherry oak coffee table, but I am not leaving with tips that I could use in my own humble abode. The channel might not be ready for a spread in Architectural Digest, but it also might be just a remodel away.