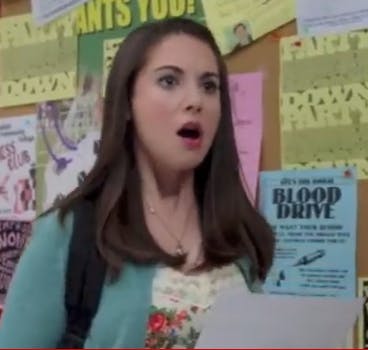 The art of the supercut

Last week, a supercut called “Sorkinisms” was watched more than 400,000 times in just five days. It remixed scenes from Aaron Sorkin-penned TV shows and movies, revealing that the screenwriter behind The West Wing, The Newsroom, and Social Network tends to recycle his own dialogue.

“Sorkinisms” did more than just go viral. It ignited a spirited debate about writing, speech patterns, and whether it’s ever OK to “self-plagiarize.”

This got us at the Daily Dot thinking: Are supercuts more than just pop remixes tailor-made for the social Web? Are they art? Cultural criticism? Both? What makes a good supercut? And what’s the difference between a supercut that goes viral and one that fades into oblivion after a few hundred hits?

To find the answers to these questions, we talked to three experts in the field: Andy Baio, a writer/programmer, chiptune artist, and former Kickstarter CTO who first coined the phrase “supercut”; Zach Prewitt, who just released four supercuts in as many weeks that gathered hundreds of thousands of YouTube hits; and Kevin Porter, the L.A.-based video editor behind “Sorkinisms.”

This may sound obvious, but it’s crucial to be passionate about whatever you’re remixing. That doesn’t mean, however, you have to love it.

“Tracking down all the instances of whatever you’re isolating takes so much time to do. So it requires a certain level of obsession, and that means you either really have to love the source material or you really have to hate it.”

On the hate side of things, Baio references “I’m Not Here to Make Friends!” a brilliant supercut of one reality TV star after another saying this phrase like it’s the first time it’s ever been spoken.

Despite the criticism leveled at Sorkin in the wake of “Sorkinisms,” Porter’s obsession with the writer stemmed from adoration, not distaste. “I was listening to Sports Night and West Wing falling asleep every night in middle school,” Porter said.

Although he worked on the cut on and off for the past two years, “Sorkinisms” was actually a decade in the making:

“In a way it took ten years of being a fan to sort of absorb it all and internalize the stuff.”

Most people think of supercuts as fun, diversionary ways for fans to celebrate their favorite (or least favorite) TV shows and movies. But to Baio, who has curated over 400 supercuts on the site Supercut.org, Supercuts can be powerful tools encouraging critical thought.

“When it’s done really well, it surfaces either a cliché or a catch-phrase or a behavior that maybe’s not that immediately obvious how widely used it is. It’s sort of exposing in the best possible way, the most visual immediate way, that a cliché exists.”

Or put another way, Baio says, “It turns the world into a drinking game.”

One of the best examples of this is “Let’s Enhance,” which he says might be his all-time favorite supercut.

Prewitt’s favorite part of the process is piecing the puzzle together.

“There’s a lot of supercuts out there that you can tell were just thrown together haphazardly and as a result are missing a certain rhythm and flow,” he said.

While it requires a great deal of time and attention to detail to create a great supercut, it’s worth noting that you don’t have to be an technical wizard with an elaborate suite of editing tools. Prewitt uses free software called Handbrake to extract and convert DVD clips or other video samples to a format iMovie can recognize. Other editors like Porter opt for the more professional (and more expensive) Final Cut suite.

But the point is, like most memes, from image macros to animated GIFs, supercuts are simpler to make than you might think. It’s the inspiration and creativity that counts, not the technical acumen.

As soon as HBO announced that Aaron Sorkin would be writing a new show about cable news, Porter knew when he would release his supercut opus. And as it turned out, timing was everything—trumping every other strategy Porter attempted to make his video to go viral.

Although he sent the supercut as a tip to two of his favorite sites, The AV Club and Videogum (neither of which immediately picked it up), a blog called the High Definite first posted the video. Then Buzzfeed picked it up and, well, that was that. (AV Club finally did eventually post “Sorkinisms” as part of their “Great Job, Internet” series, albeit after it had already gone viral.)

“The only thing I did in helping it go viral was posting it at the right time.”

The future of the medium

It’s possible that people have only begun to scratch the surface of what a supercut can be. That’s partly because the genre is still so young. Here’s Baio again:

“It’s such a uniquely Internet form of video remix made possible by the easy immediate availability of video, cheap and easy video editing tools, and quick and easy distribution. [It’s] something that was just not possible even ten, fifteen years ago.”

Baio added that he wouldn’t be surprised if politicians get wise to the art of the supercut.

“I’m really curious to see if this gets used in political campaigns, because I can’t imagine a more effective campaign ad. Stringing together [a politician’s] own words and using them against them is pretty powerful. So I’m interested to see how where it goes. And it seems to me that’s inevitable.”