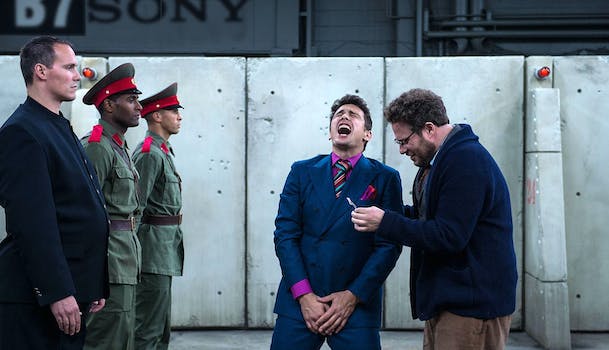 ‘The Interview’ is Sony’s most successful online release ever

Congrats, America. You did it. The Interview is now Sony’s top-grossing digital release.

You were told by Seth Rogen that if you want to be an American hero, you had to see The Interview on Christmas Day. It was a free speech issue, of course, a patriotic duty, and smaller theaters were stepping up so we wouldn’t be silenced into not seeing a Rogen-Franco movie.

Some people caught on to the fact that they’d been “honeydicked” into seeing what is essentially a two-hour fart joke by the movie’s marketing, which smelled more and more like an elaborate PR stunt with each passing day. But it was too late. By the time the film had been released into theaters and onto YouTube, Google Play, iTunes, and less regulated channels, it had already garnered Sony more than $15 million in digital sales, and $2.8 million in theater sales.

On Sunday, Sony claimed the film had been streamed or purchased online more than 2 million times since Christmas Day, crowning it as the company’s most successful digital release ever. Still, Sony is expected to lose money on the film, which racked up roughly $30-$40 million in marketing costs—and they’re still reeling from a cyberattack.

At this point, The Interview has become a movie within a movie. North Korea is releasing shade-filled missives and demanding evidence from the U.S. that it was involved in the initial Sony hack. Internets are being knocked offline. People are singing patriotic songs during Interview screenings. This really is like an episode of Black Mirror.

Photo via the Interview/Sony | Remix by Fernando Alfonso III