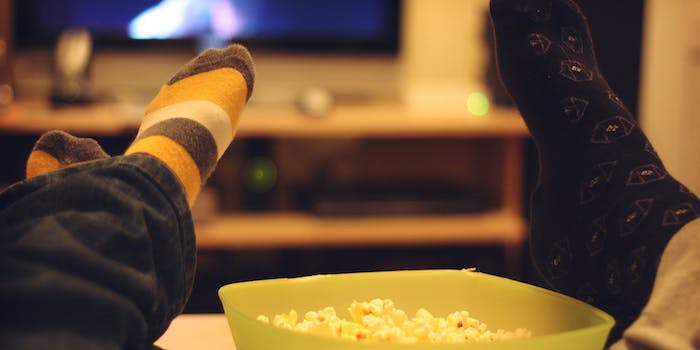 The timing couldn't be more inconvenient.

It’s probably a good idea for a movie studio that’s suffered one of the most massive corporate hacks of all time to postpone its movie about hackers. And Sony has learned this the hard way.

Sony Pictures Television was the victim of a huge security breach in November, and hackers leaked troves of personal information about employees and celebrities including salaries, Social Security numbers, and aliases, along with private emails, unreleased movies, and film budgets.

Sony and law enforcement investigators have yet to determine who is behind the hacking group calling themselves the Guardians of Peace (#GOP), but as more and more information is leaked from the hacked documents, the situation becomes increasingly embarrassing for the entertainment company.

Coincidentally, Sony was set to release The Throwaways, starring James Caan and Katie McGrath, on its digital distribution arm Crackle on Dec. 19. The movie follows a hacker captured by the CIA and his band of “throwaway” accomplices as they work technical magic for the government organization.

Apparently Sony thought it wouldn’t be appropriate to release the film in light of its own security breach, The Wrap reported, so it’s planning on rescheduling the launch for January.

The fallout created by the Sony hack won’t be resolved by then, but perhaps it will have been out of our collective consciousness long enough for us to watch the company’s movie about hackers without smirking a bit at the irony.

It’s a safe bet the Sony hack itself will eventually become a big screen adaptation, considering all the drama and intrigue it’s created. As we continue to watch the revelations unfold, the script practically writes itself.