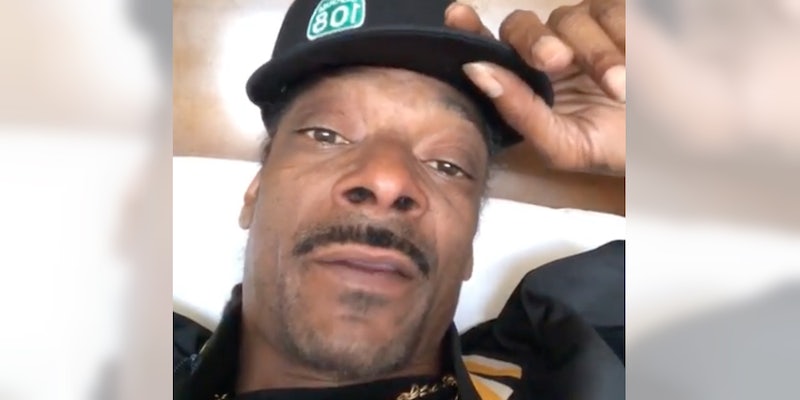 'Pay them ladies, man. Pay the girls what they're worth.'

On Sunday, the U.S. women’s national soccer team won the World Cup–for the fourth time. Yet, the players are still facing inequity in the workplace.

Even though the U.S. women’s games generate more revenue, the women’s pay still pales in comparison to their male counterparts—38 cents to the dollar, to be exact.

Upon winning the tournament, the crowd broke out into an equal pay chant. Snoop Dogg wasn’t in the stadium chanting along, but he still made sure to voice his opinion regarding the disparity.

“Food for thought. Shout out to the USA Women’s Soccer Team for their fourth World Cup, but what I want to talk about is that they only get $90,000 per player, but the men, if they win, they get $500,000 per player,” Snoop said in a video posted to Instagram on Monday.

The prize money for the 2018 men’s World Cup was $400 million, while the women’s team will only receive $30 million for winning the 2019 World Cup, according to CNN. The women scored 13 goals in one game–the game against Thailand–alone. This was more goals than the U.S. men’s team have scored in every single World Cup, combined, since 2006, according to Indy100.

“The sorry-ass fucking men from the U.S. men’s soccer team may never win shit, ain’t ever win shit, can’t even get out the fucking first round. Man, pay them ladies, man. Pay the girls what they’re worth.”

The women’s team beat the Netherlands 2-0, not only to take home the winning title but also to set a new record for consecutive wins. The win ignited an equal pay discourse, but the women’s fight for equal pay has been ongoing for a while now. In March, on International Women’s Day, 28 members of the team sued the United States Soccer Federation for gender discrimination.