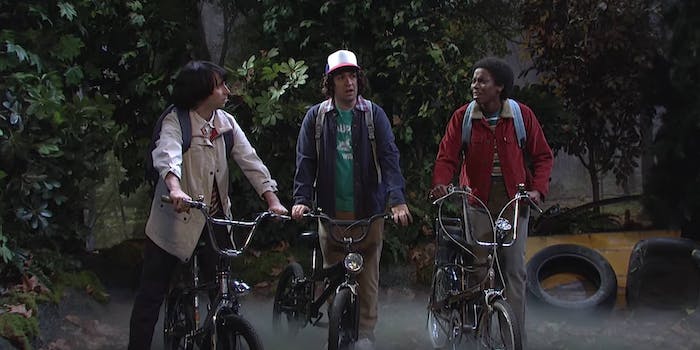 ‘SNL’ solves one of the biggest mysteries of ‘Stranger Things’

So that's where Lucas' parents have been!

Stranger Things, the Netflix show that perfectly encapsulated ’80s nostalgia and captivated viewers with its suspense and mystery, has yet to reveal a key detail: Where are Lucas’ parents’ throughout the course of his and Dustin, Mike, and Eleven’s adventures?

Saturday Night Live stepped in with the big reveal.

Having Lin-Manuel Miranda play Dustin is a brilliant move, given actor Gaten Matarazzo’s incredible theater background. Leslie Jones as Lucas’ mom gives Eleven a run for her money with her own set of numbers.

There’s enough gems in this sketch to leave fans laughing and more excited than ever for Stranger Things‘ next season. Here’s hoping the Duffer brothers were watching.