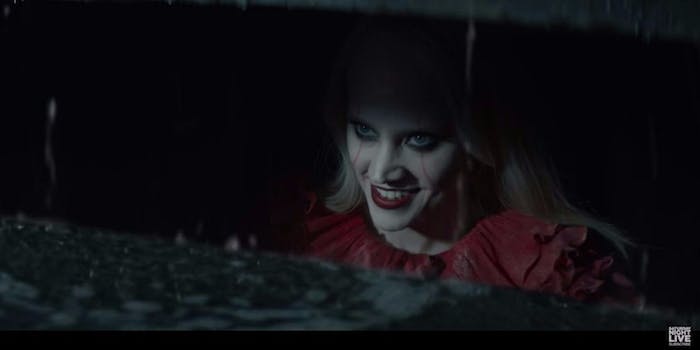 ‘SNL’ reimagines Kellyanne Conway as Pennywise, and it is beyond terrifying

She tries to lure Cooper into the sewer.

Kellyanne Conway returned to Saturday Night Live to spar once again with CNN host Anderson Cooper. Last season, Kate McKinnon portrayed Donald Trump’s adviser as a Fatal Attraction-like stalker trying to get booked with Cooper on CNN. This season, SNL sees her as merely a crown.

An evil clown. Well, the evil clown known as Pennywise from It. And she is terrifying.

Turns out, in this instance, not even waking up from his dream can make Cooper’s nightmare end.