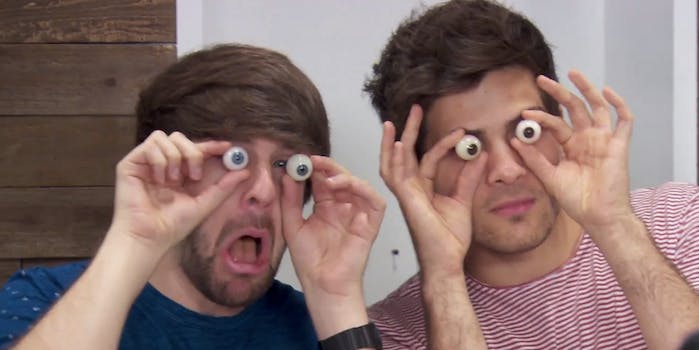 The YouTube duo will be immortalized at the San Francisco location.

Smosh, the super popular YouTube duo of Anthony Padilla and Ian Hecox, will be immortalized as part of a new exhibit at Madame Tussauds in San Francisco this summer.

While Padilla and Hecox are not the only YouTubers to get the wax treatment, with British vloggers Alfie Deyes and Zoe Sugg sitting for their own figures in London last month, they are the first to give a behind-the-scenes look at the intense process it takes to go from flesh and bones to wax statue.

“It’s an honor to be chosen as the first YouTube wax figures to launch in Madame Tussauds 250 year history, and it was an absolute thrill to be part of this amazing process,” said Padilla and Hecox via press release. “We could not be more excited to see our SMOSH wax figure doubles tour the country and see the better looking version of ourselves come to life.”

The figures will debut July 2015 at Madame Tussauds in San Francisco.