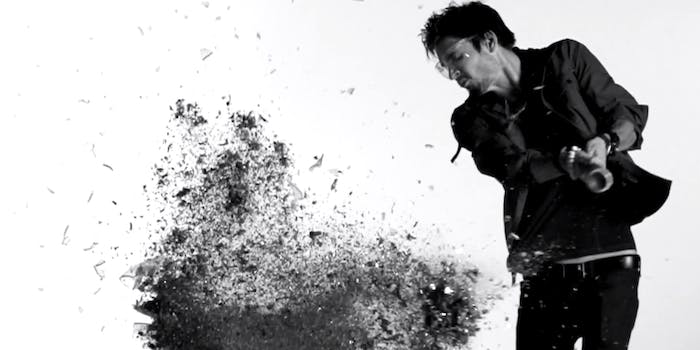 Do you ever get so mad that you just need to smash something? Thanks to Astronauts Wanted’s newest series, you can have YouTube and Vine stars do the smashing for you.

SmashUp pairs YouTubers and Viners with objects that viewers suggest on Twitter, then documents them destroying those objects in high definition glory. You almost can’t ask for a purer form of interactive video entertainment.

The series will feature digital stars like Scotty Sire, The Gabbie Show, Vincent Cyr, and Kaitlin Witcher, who between them boast millions of followers. Fans are encouraged to use the hashtag #SmashUp to start suggesting items to obliterate, although in an unfortunate wrinkle, that hashtag is already in use among fans of a card game with the same name, so things are apt to get confusing until the web series takes off on December 1.