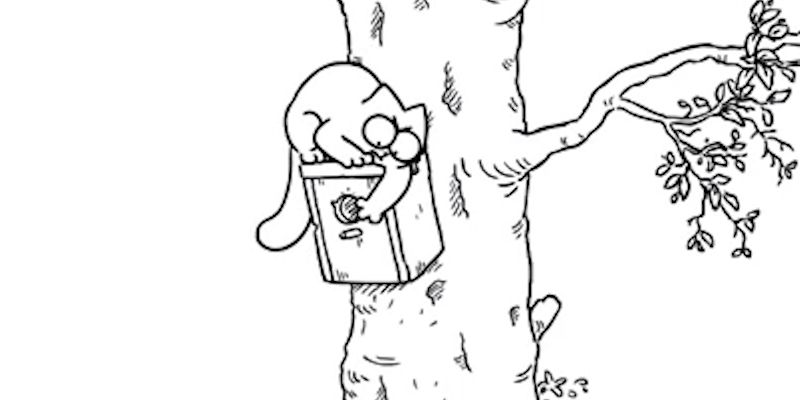 Simon Tofield's wildly popular animated cat ventures out of doors and immediately gets into trouble. Plus: Your status message is too damn cute.

Tofield’s popular Web series returns. This time, Simon’s Cat is faced with the prospect of breaking out of his house and into the real world. Naturally, the first thing he does is try to pry open a bird feeder.

Bore yourself to tears last night watching Mitt Romney and Barack Obama duke it out at the Colorado debate? YouTube Comedy discovered that pitting the two against one another on NBC’s The Voice makes matters a bit more entertaining.

Denton Sparks has a problem with your status message: It’s too damn cute. And if you don’t knock it off with those pictures of your puppies, he’s gonna have to make a move. You don’t want to have to mess with a madman like Denton Sparks.

The Wu-Tang Clan’s RZA stops by De La Ghetto’s studio to teach the young rapper a few lessons about what it means to be an MC. (Warning: NSFW. Wu-Tang Clan ain’t nuthin’ to f**k with.)