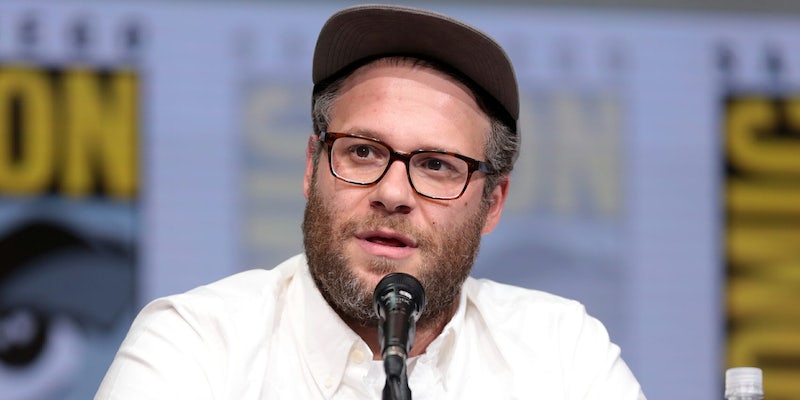 Ron Paul, former U.S. Representative for Texas and thrice-failed presidential nominee, caught well-deserved flack yesterday for tweeting a racist and anti-Semitic cartoon depicting the rise of “Cultural Marxism” in America. He even caught the eye of Hollywood comic Seth Rogen.

The Libertarian poster boy quickly deleted the tweet but not before social media crusader laid into the 82-year-old.

The caricature accompanying the tweet showed a red first with the hammer and sickle on it punching Uncle Sam in the face. The fist belonged to four grossly overdrawn and racist caricatures of a Jewish man, known as the “happy merchant”, along with a Black, Asian, and Latino figure.

Rand’s post wasn’t Twitter-exclusive. In a Facebook post linked to the tweet, Paul went on to explain that “Marxists were trying to destroy the culture of capitalist countries” and were hell-bent on “using the opportunity to change the government and economies to the Socialist utopia.”

The drawing was stylistically similar to and included the signature of pro-Trump cartoonist Ben Garrison. Garrison proclaimed his innocence on Twitter shortly after the Paul tweet went viral, stating the piece wasn’t drawn by his hand and explaining “trolls had pasted his signature” on an altered image.

Journalist Ken Klippenstein was the first to call attention to Paul’s insensitive tweet.

So, Ron Paul tweeted this (since deleted) pic.twitter.com/eGpf5tbDGX

Not long after, actor Seth Rogen joined in on tweet-stomping good ol’ Ron.

Instead of deleting the offending cartoon and calling it a day, Paul’s camp (more on that in a moment) decided to still go all in on the message but delete the cartoon and opt for the less racial “no” symbol.

No apology, just quietly deleted and went with this instead https://t.co/u5jKMpWXmF

Earlier today a staff member inadvertently posted an offensive cartoon on my social media. I do not make my own social media posts and when I discovered the mistake it was immediately deleted.
-Ron Paul

No word on whether this social media team member was also responsible for decades worth of racist newsletters.