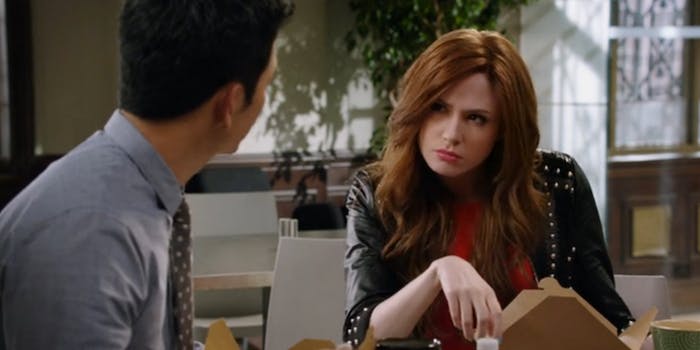 Unaired ‘Selfie’ episodes will get a second chance on Hulu

Did too many selfies kill Selfie?

The ABC comedy Selfie got the axe after seeing lackluster ratings, but its unaired episodes will have an afterlife on Hulu.

On Nov. 24, series creator Emily Kapnek announced on Twitter that six unaired episodes would air on the streaming site. ABC canceled the show earlier this month, after just seven episodes.

Perhaps the show would have fared better if it wasn’t attempting to be a modern retelling of My Fair Lady. Karen Gillan (Doctor Who) plays Eliza Dooley, a narcissistic, social-media-obsessed woman who doesn’t quite understand life without virtual followers. Her coworker Henry Higgs (John Cho) is enlisted to help her “rebrand” and interact IRL. Still, Cho and Gillan’s comedic chemistry is solid, and Cho in particular is the funniest part of the show, as the straight man to Gillan’s bumbling, free-spirited Eliza. It was also notable that an Asian actor was playing the lead role, not something we often see on prime time.

But viewers didn’t quite latch on to the social-media-centered premise, which did feel a bit patronizing and unrealistic in its portrayal of Internet-obsessed millennials. According to the Hollywood Reporter, the show’s debut only captured 5.3 million viewers, and that number went down as the show went on.