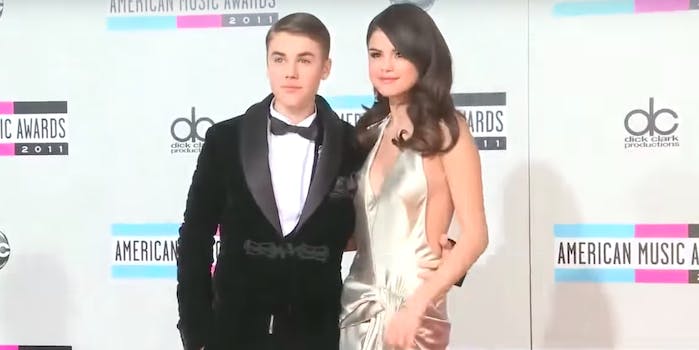 The two have hung out twice in the past four days alone.

Selena Gomez and the Weeknd called off their 10-month relationship earlier this month, but she seems to be wasting no time on mourning the breakup. Instead, she is spending time with her ex-boyfriend.

Photographers have spotted Gomez and Justin Bieber together not once, but twice in recent days. Photos show the “Hands to Myself” singer and Bieber grabbing brunch last Sunday, and again on Wednesday morning riding bicycles in Los Angeles. While neither has confirmed that they’re back together, pictures seem to indicate that Jelena is definitely on again.

#TheWeeknd and #SelenaGomez end their relationship following the resurgence of 'Jelena'. The Weeknd has unfollowed Selena's family and friends on Instagram. pic.twitter.com/AQ83i8Mz6T

OMG OMG OMG THEY'RE BACK BACK BACK #jelena #JustinBieber #SelenaGomez pic.twitter.com/8Jlbvu0wUw

We’re unsure how the Weeknd is taking the news. According to TMZ, he’s the one who ended the relationship and Bieber was not a factor. Since then, it’s been reported, the Weeknd has unfollowed Gomez’s family and friends on social media.