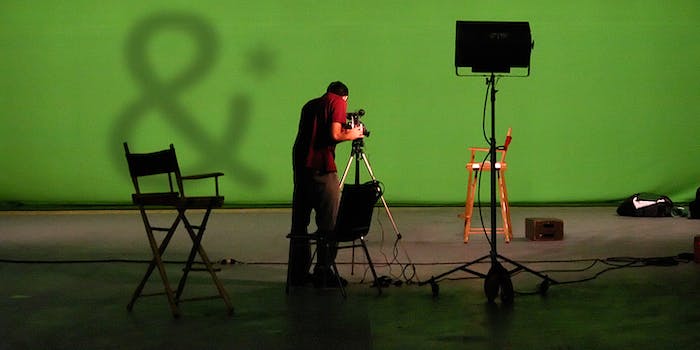 Seed and Spark is a vertical crowdfunding resource for webseries and indie filmmakers.

Seed & Spark founder Emily Best believes the best way for the new breed of webseries creators and indie filmmakers to survive is to think of themselves as tech startups.

“Old models in new landscapes will be frustrating,” Best told the Daily Dot. “If you want to change the world, there will not be a single solution, and that’s a good thing.” Hence the emergence of what she calls “the film entrepreneur.”

Seed & Spark is a financing engine for indie filmmakers and webseries creators. In theory, the four-year-old concept is a crowdfunding site no different from Kickstarter or Indiegogo. In practice, however, the company differs in its filmmaker-centric services and its ability to offer a platform to distribute and monetize the finished project.

“We want to help raise money in a way that effectively communicates the way you make a film,” explains Best. To accomplish this goal, Seed & Spark not only accepts financial donations for specific projects; it also offers a system that Best equates to a wedding registry. Filmmakers are able to tie funding requests to specific needs, so in the case of the pending project “The Song the Zombie Sang,” the project owners are seeking 180 blocks of $25 donations ($4,500) for a casting director. The ability to tie specific asks to a given film or webseries, Best believes, creates a loyalty between creator and audience that carries from the kernel of an idea to finished product.

“The process creates a lot of intense devotion,” Best adds. “We got 150 people to show up [for a screening] on a Tuesday evening in New York City, and that’s not easy to do.”

As a funding resource for film and video creators, Seed & Spark goes the extra step to offer distribution to finished projects through its cinema platform, powered by Kaltura. The works vary in rental price, with many in the $2.99 range and some as low as $0.99. To provide guidance, the site offers personal curation and staff picks with trailers to tease out the storylines.

Robert Paul Verdi is a webseries showrunner whose childhood interest in live-action role playing (better known as LARPing) became the impetus for Neverland, a show soon to be in production that offers a sometimes-comedic look at LARPers. Verdi, who is using the show as his thesis project for the School of Visual Arts in New York, selected Seed & Spark to crowdsource his initial financing. He chose the Los Angeles-based company after Erica Anderson, another cofounder of the site, visited his school and, as the young film artist said, “wooed me into using their platform.”

Out of the $6,255 Verdi raised on Seed & Spark, more than half was in contributions of goods and services such as props, makeup artist, craft services, and location fees. Filming in Sparta, N.J., begins in mid-January, with the goal of having a 20-minute pilot ready in May—just in time for thesis delivery.

Verdi’s experience with Seed & Spark has been positive, but he understands there is a tradeoff using a vertically specific crowdfunding resource. Webseries creators looking to get off the ground face two options: potentially getting a larger number of smaller donations on a more general crowdfunding platform like Kickstarter, or using a site such as Seed & Spark that provides, in addition to requests for capital, a connection to others in the film community.

As Neverland matures as a digital property, Verdi said he may choose to work directly with video on demand providers for support rather than the populous approach. Working with VOD providers will allow him greater control over distribution, something important given LARPing’s global appeal.

But for even those who think LARPing has something to do with The City of Angels, “Neverland” will have a strong appeal. “It’s a comedy first, and a show about LARPing second.”