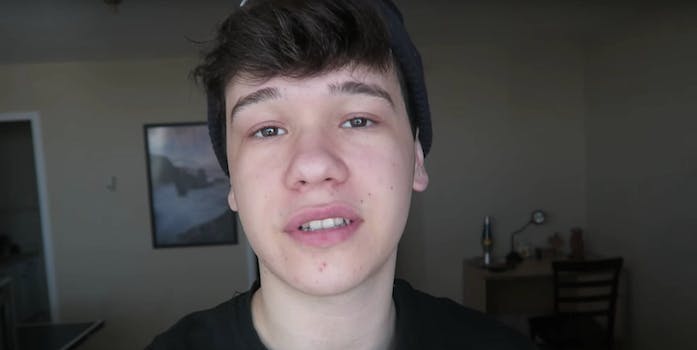 Is this 17-year-old poised to be the next Zayn?

You may not know who Sebastian Olzanski is, but thanks to his dedicated digital fanbase, his song “Nobody But Us” ballooned into a Twitter sensation under the hashtag #NobodyButUsonSpotify Friday afternoon—peaking as a U.S. trending topic.

The 17-year-old, Argentinian-born star gained a following on Vine and YouNow for his quick performances and peeks into his everyday life. He now boasts more than 207,000 Vine followers and 47 million loops, plus 223,000 YouNow fans.

After moving to Canada with his family he’s grown on the platforms with covers of popular music, like Hozier’s “Take Me To Church” and Justin Bieber’s “Love Yourself.”

Another aspect of his popularity is that Olzanski speaks to his followers in both Spanish and English, sometimes in the same videos. This makes him poised for global stardom and the ability to reach fans across language divides. His most popular YouTube video is a Spanish lesson for his English-speaking fans.

“Nobody But Us” falls in line with Zayn Malik’s solo releases, or recent Bieber tracks. It’s piano-sampling, bedroom R&B with bite.

Other digital stars have translated web fame into mainstream music careers, like YouTuber Troye Sivan and Vine star Shawn Mendes. Olzanski seems poised to be next in line for digital to radio domination. For now, he’s still grassroots enough to be personally telephoning his dedicated fans.

calling a lot of u today :)

U READY FOR THE CALL SPREE? LIKE IF U ARE :D

Fans and new converts can catch Olzanski on tour in the U.S. through Aug. 20. Check out the song below: