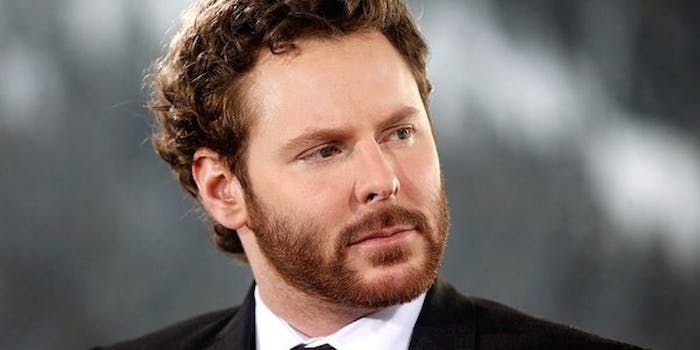 Billionaire Sean Parker has been behind some huge projects—first Napster, then Facebook—and now his latest venture, the Screening Room, is looking to change the way we watch movies at home.

The service hopes people are willing to pay a premium to stream movies while they’re still in theaters, but their price is considerably steeper than the traditional ticket and popcorn. For $150, customers can buy the anti-piracy equipped Screening Room box to keep in their house, and then anytime they want to watch a movie, rentals are $50 a pop and last 48 hours.

When services like Netflix are streaming video for $7.99 a month, it’s safe to say that the Screening Room is going after a different type of client, but what’s getting directors excited is that it’s the first proposed service out there that wouldn’t pit the movie theater industry against the streaming industry.

It seems the company is still tinkering around with what its exact involvement with theaters will be, but according to Business Insider, there are a few options in the running:

The Screening Room is trying to extend an olive branch to exhibitors by offering customers two tickets to see the movie they buy in theaters, which would soften the blow of violating the standard 90-day theatrical window for movies before they move to home-video and streaming platforms.

The Screening Room appears to be taking notes from industry missteps like Comcast’s attempt to sell Ben Stiller’s Tower Heist to subscribers for $59.99 in 2011, and big names in the industry seem optimistic about its success. Steven Spielberg, J.J Abrams, Ron Howard, Brian Grazer, Martin Scorsese, Taylor Hackford, and Frank Marshall have all backed the project.

Lord of the Rings director Peter Jackson released a statement in support of the startup, pointing out that, “Screening Room will expand the audience for a movie—not shift it from cinema to living room. It does not play off studio against theater owner. Instead it… is structured to support the long term health of both exhibitors and distributors—resulting in greater sustainability for the wider film industry itself.”

While many white, male directors of Hollywood definitely seem sold, there’s still no word on how the company plans to fit into the life of your average consumer.

Business Insider polled its Twitter followers to see if they’d be willing to throw down $50 for a one-time rental, and most people said the price point would be prohibitive:

Would you pay $50 to stream movies that are still in theaters? https://t.co/MH3hGTZ8R3

With this much industry support, though, consumer skepticism won’t likely be the deciding factor in whether or not the Screening Room sees the light of day.