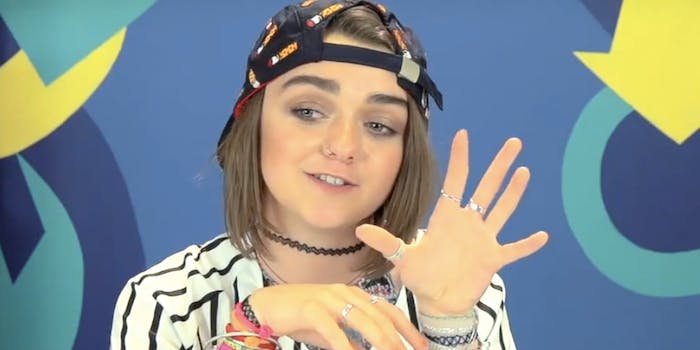 Teens react to ‘Saved by the Bell’ for its 25th anniversary

Get ready to feel old.

While Lifetime is betting on the lure of ’90s nostalgia with their upcoming Saved by the Bell original movie, the Fine Bros put it to the current-day teen test with another edition of their Teens React series. They even got Game of Thrones star Maisie Williams to weigh in on the show, which will soon celebrate its 25th anniversary

Many of the teens have never seen Saved by the Bell, although they have heard of it. One teen lumps it in with other classics like Gilligan’s Island, which is 25 years years its senior. The video queries the teens on the relatability of the show, and poses the important questions it raised: When given the choice of Zack versus Slater, the group overwhelmingly makes the correct choice (Zack).

Perhaps the best part of the video is that Williams and many of the other teens are wearing outfits that would not be out of place in the world of Saved by the Bell.