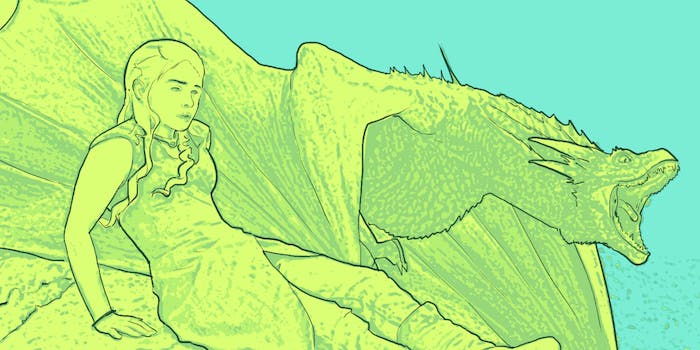 While we’re all waiting patiently for season 7 of Game of Thrones to arrive, HBO decided that some “newbies” might need a recap, courtesy of Samuel L. Jackson.

In a clip posted Tuesday, the actor yell-talks through five seasons of the show in less than eight minutes, sorting out the different houses, the characters who want the throne, and untangling all the cross-kingdom conspiring. He explains that “Everybody should be worried about this long-ass winter coming, but instead, are too busy fighting.”

Jackson also points out that “Bran? Bran trippin'” and that while no one was paying attention to Dany, she managed to forge an army, gather followers, and grow some big-ass dragons. “Now that’s formation,” he concludes.

The major deaths and twists are left out of this recap, so if you’re about to dive into the show before season 7 debuts, you could do worse than a recap that compares Dany to Beyoncé.

Next up: Jackson narrates Pokémon Go?