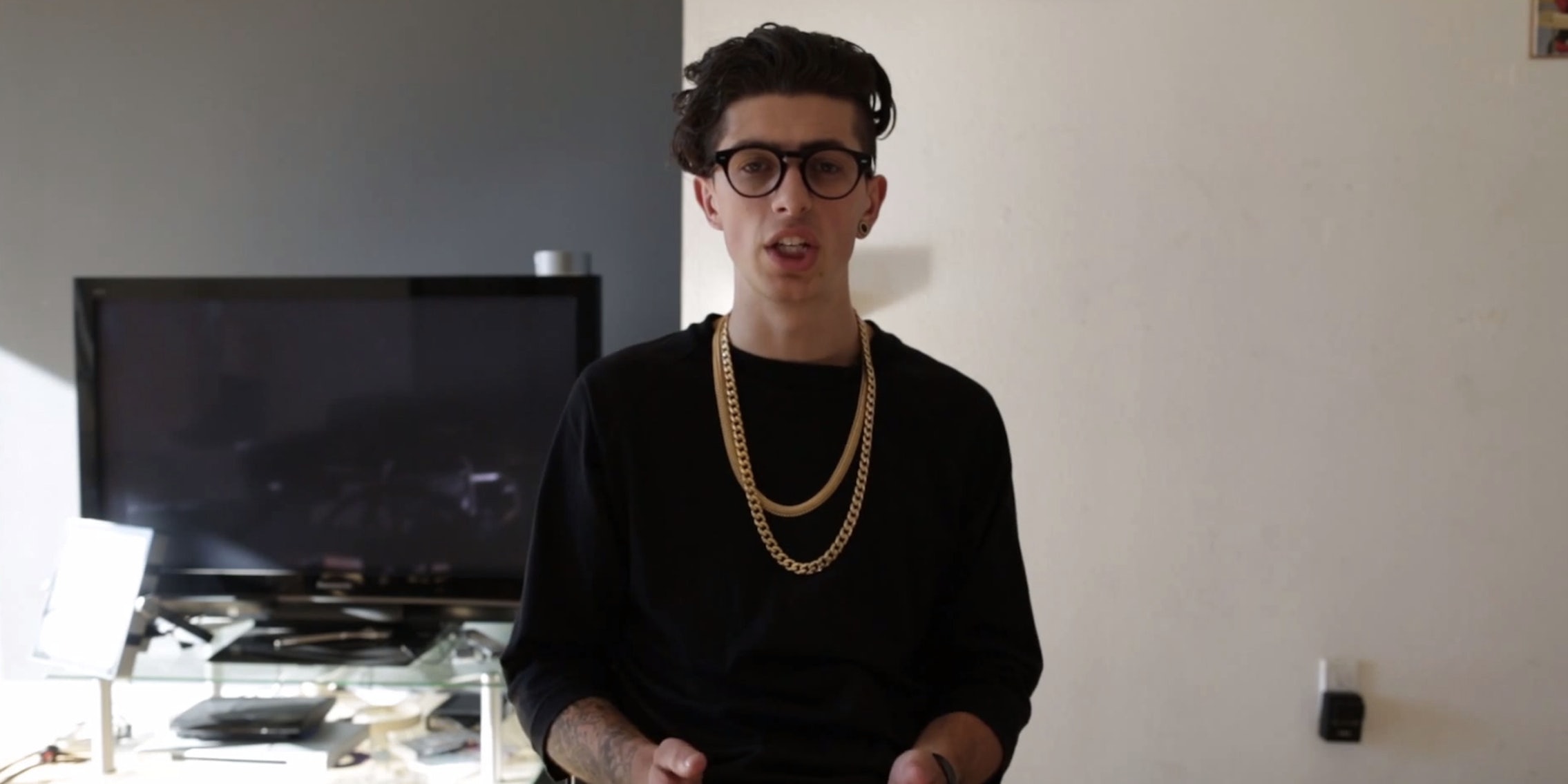 Butt-grabbing YouTuber claims his prank video was a ‘social experiment’

His fellow YouTubers aren't letting him off the hook so easily.

YouTube star Sam Pepper now claims that his “Fake Hand Prank” video was just one part of a staged series through which he intended to call out sexual harassment. The YouTube community is not letting him off the hook so easily.

Pepper’s first video, which featured him pinching women unsuspectingly on their behinds, was protested by the YouTube community and subsequently removed from the platform for violating the site’s terms of service. Pepper stayed silent on the issue, then released another video that featured women pinching men on the behinds, labeling it the second of three. That video was also removed for a terms of service violation.

A third video, which went up this morning, featured just Pepper talking to the camera and calling the videos a “social experiment” aimed to bring awareness to sexual assault. However, while some commenters defend the creator, saying they supported him the whole time, many others are outraged at the alleged bait and switch. They’ve also called out inconsistencies with Pepper’s story; among other things, they cite fact that there was no indication that the original video was part of a series.

Pepper appears to have deleted his original tweet promoting the first video, which was not described as part of a series or indicated to be the first of a three-part series. He did, however, leave up a Sept. 18 tweet that claimed he’d have a “really good video” coming on Saturday, Sept. 20.

got a really good video coming for you on saturday :) subscribe here > https://t.co/IRtylUrPFK

Pepper claims his intention was to shock with his videos and then make viewers think about the realities of abuse. However, he’s taken flak for using the “experiment” to talk primarily about female-on-male abuse. Pepper relates the videos to domestic abuse experienced by a friend and uncomfortable situations Pepper says he has experienced with fans invading his personal space at YouTuber events.

The YouTubers who penned an open letter to Pepper over the weekend calling him out on his actions have not been mollified by the third video, and several continue to speak out against Pepper and his actions, including Tyler Oakley and Laci Green.

DID YOU KNOW? If you’re a horrible person, just claim it was a social experiment, then it’s everyone else’s problem if they’re offended!

Call it a “prank” or an “experiment”, if you touch someone w/o consent, and promote that as comedy, you are part of the problem. @SamPepper

To further discredit Pepper’s claims, Mazzi Maz, a frequent collaborator, told the BBC that he no longer wished to be associated with the prankster. He said he called Pepper after the first video went up on Saturday, and at the time Pepper didn’t disclose the “social experiment” to him.

“When I saw it, I called him straight away and was like bro, are you feeling OK?” Maz told the BBC, who reported that Maz said Sam told him he didn’t think the video would blow up like it did.

Neither Pepper nor his multichannel network Collective Digital Studio had responded to a request for comment as of press time.