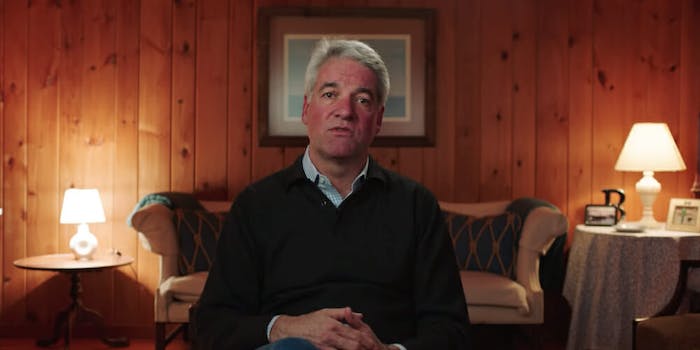 It was definitely a missed opportunity for the water company.

Ryan Reynold’s enlisted King to be featured in an advertisement for his gin company.

In an ad released this week, Reynolds can be heard asking, “Can you ever really go too far for your company?”

We all know by now, there isn’t much King wouldn’t do for his work. We love a hard-working king.

As a matter of fact, the aptly titled advertisement, “Dedication,” is just one big play on King’s admission in the Netflix Fyre Fest documentary.

“When Aviation recently suggested making a signature bottle, I committed to blowing every single bottle personally,” Reynolds says, as he blows the glass.

It’s only at the end of the ad that we get see the meme star, who is sitting at a bar as he says, “He gets it. I’ll have an Aviation Gin.”

King admitted in Netflix’s Fyre: The Greatest Party That Never Happened that the festival’s founder, Billy McFarland, asked him to “take one for the team” when the festival’s water supply was held up by Bahamian customs.

King later learned that taking one for the team meant that he had to “suck dick to fix this water problem.”

King then drove home, took a shower, and drank some mouth wash–as he was “fully prepared to suck dick” for his job.

“I took it upon myself to blow every bottle personally”

Yep. There’s the Reynolds line I had been waiting for

Sure, every bottle was blown by you, but did you cup the balls?