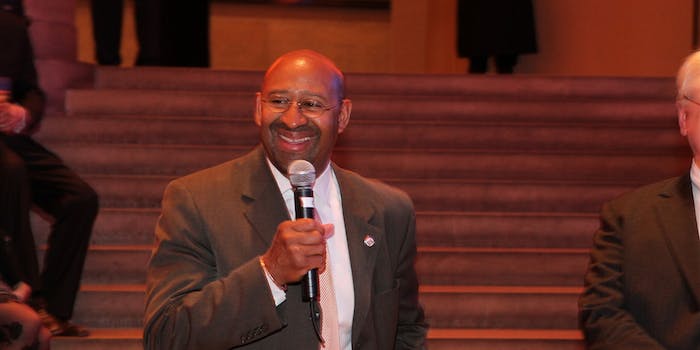 It's not the first time, either.

The Roots played a hometown show last night in Philadelphia, and a very special guest joined them onstage to literally drop the mic.

Philadelphia Mayor Michael Nutter joined the band at July Jam, and proceeded to lay down an energetic version of the Sugarhill Gang’s classic “Rapper’s Delight, complete with mic drop.

And you can actually call it a comeback: Mayor Nutter performed the song with the Roots back in 2012, with DJ Jazzy Jeff in 2010, and at his inauguration in 2008.