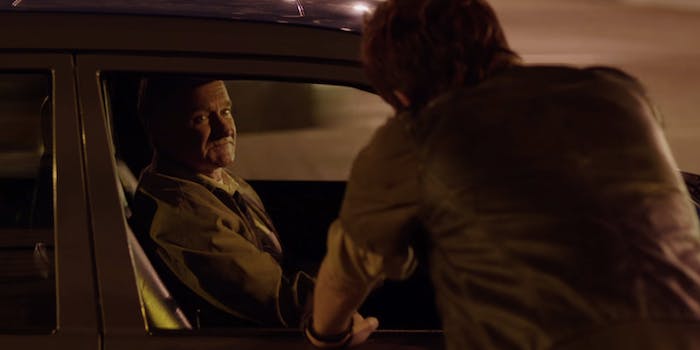 Williams plays a closeted gay man in the upcoming drama.

The late Robin Williams is still making a splash with films completed before his death last August. In his last starring role, as a gay man in the Dito Montiel film Boulevard, Williams shows his dramatic side.

In Boulevard, Williams plays a closeted gay man in his sixties who turns to a prostitute for companionship. Their relationship changes his outlook on the unfulfilling life he’s been leading both at home and at work.

Williams will appear in one more film after Boulevard, a comedy called Absolutely Anything, which will be released next May. Williams voices a character named Dennis.