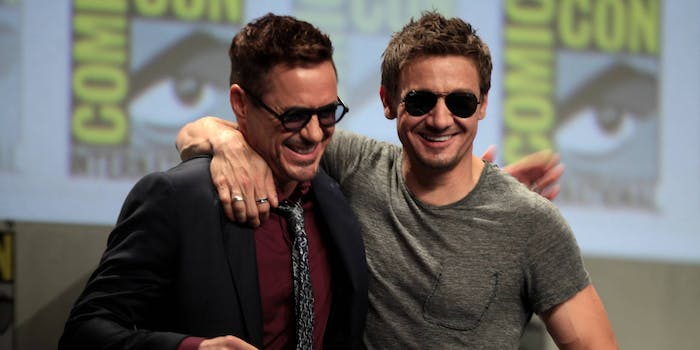 Plus one for Iron Man.

Tom Hiddleston joined Instagram Tuesday, but leave it to one of his fellow Marvel co-stars to pull a Loki and respond with some light trolling.

Hiddleston, who’s currently filming Thor: Ragnarok, posted his first photo dressed up as Loki with a simple message: “He’s back!” There’s not much to discern about new details on the costume, but that’s Loki alright—and possibly a sight for fans who missed his presence in the admittedly overstuffed Avengers: Age of Ultron.

Join me in welcoming the biggest T. Stark fan of them all to Instagram! @twhiddleston

Hiddleston has yet to respond to RDJs retort, but we can imagine him continuing the trolling.