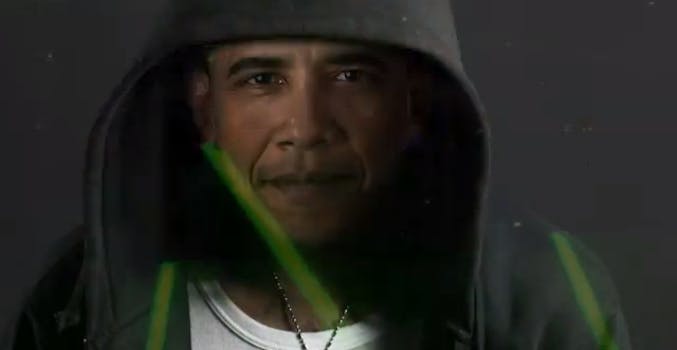 Ron Swanson takes on the most important issue of our time.

Is Pauly Shore starting a new career as a rapper? The former MTV VJ starred in a number of movies in the mid-’90s but these days he’s trying his hand at stand-up comedy. This song is part of his new comedy album “Pauly-Tics.”

It’s near impossible to watch every YouTube video, but the Fine Brothers have you just about covered. Along with Smiley director Michael Gallagher they offer commentary and cover everything from multiple “Gangnam Style” parodies, fake phone commercials and appearances from DMX, Ben Folds and more.

Speaking of fake phone commercials, David Jewell’s take demonstrates everything that is wrong with the new iOS6 Maps app as an unsuspecting iPhone user tries to go to the nearest Chinese restaurant and ends somewhere completely different.

Parks and Recreation fan favorite Ron Swanson has heard about the upcoming bacon shortage, which he calls “total fucking bullshit.” If you’re worried about your bacon fix, just hoard up as much as possible and hide it everywhere—including your office.

Hollywood is full of lies, according to Kevin Nugent, and he’s here to break one common movie myth for us: can putting duct tape on someone’s mouth render them mute?