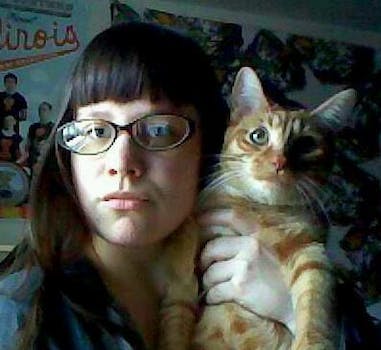 “The Funniest Person on Twitter” handpicks the comedians you should be following.

“You can’t really rest on your laurels either in stand-up or on Twitter,” comedian Rob Delaney told the Daily Dot. “There’s always thousands of funny people out there.”

Indeed, Twitter is home to the most refreshing and hilarious new voices in comedy, some of whom have garnered external success thanks to their popularity within the community.

Ever one to share the spotlight, Delaney listed some of the comedians he personally follows on Twitter. The Daily Dot rounded up his top five, with a brief description and sample tweets from each account.

Delaney called @IamEnidColeslaw an “amazing tweeter.” The 27-year-old Chicago-area resident, also known as Mary Charlene (not her full name), is not a comedian by trade, though. She’s a receptionist who “started posting on Twitter because I needed an outlet for all the crazy things popping in my head, and I really enjoy reading what other people write,” she told the Daily Dot.

Charlene started gaining lots of followers around six months ago, when popular Twitter users like Delaney and Andy Richter started following her. She said the most surprising thing she’s found about Twitter since joining in November 2010 is “people telling me they enjoy what I write. It’s the best feeling. Oh and I grew a third arm! Crazy, right?”

“Jesus, Adele. Just burn his house down & get on with your life already.”

Braden is perhaps better known on YouTube, where his comedy songs about his preference for “fat girls” and Ed Hardy shirts have registered more than 700,000 views. He’s also made multiple appearances on The Howard Stern Show.

But for more frequent laughs, follow Braden on Twitter, where he’s been tweeting for three-and-a-half years and counts Weird Al Yankovic among his fans. With tweets like this, it’s easy to see why: “Internet at this hotel is so slow I think Terrence Malick directed it.”

“She sells seashells WHERE? By the seashore?? Pretty fucking horrible business plan IMHO.”

“‘Not Olive Garden’ RT @OliveGarden: If you had to describe Italian food in three words, what would they be?”

The most well-known tweeter on this list, at least in terms of follower count, Megan Amram has delighted and shocked her followers with outrageous one-liners since April 2009. A Harvard graduate, Amram is joining the Parks and Recreation writing team—and with good reason. She’s mastered the art of the quick-hit, telling Huffington Post in February that Twitter forces writers to be snappier and punchier. That’s a philosophy Amram takes to heart, whether tweeting jokes about being a president and WebMD or Picasso paintings.

“I got 99 problems and two other, well-behaved Dalmatians”

Brandon Guttermouth’s Twitter bio tells you pretty much all you need to know about the edgy comic. Among other things, he’s a “slayer enthusiast,” “fang baring feral unicorn,” and “auto didactic sycophant.”

With a bio like that, you might expect a few absurdist tweets. And you’d be right in that assumption. “Guess I’m just gonna have to set my Polaroids on fire & put them out with urine till Instagram comes back up,” Guttermouth tweeted after the photo-sharing community encountered some server problems. That’s perhaps one of Guttermouth’s more tame tweets, though he’s well worth following if you like your humor with more than a hint of acidity.

“If you urinate in a pair of swim goggles and strap them to your face you won’t need Instagram anymore.”

“i’ve got the body of a twenty year old. will you help me get it out of the trunk?”

Albertina Rizzo is a writer for Vice and MTV, among others, who isn’t afraid to retweet someone calling her out on a slightly misplaced Batman gag, which makes her a bit more endearing. She’s tweeted about everything from Anderson Cooper revealing he’s gay and the frequency of washing her hair to Rock of Ages.

“There’s no place like home. Unless you’re a bee, in which case home is a terrible place filled with bees.”

“Owning a fish tank is basically like having to go home once a day to sprinkle confetti on the most boring channel of your TV.”