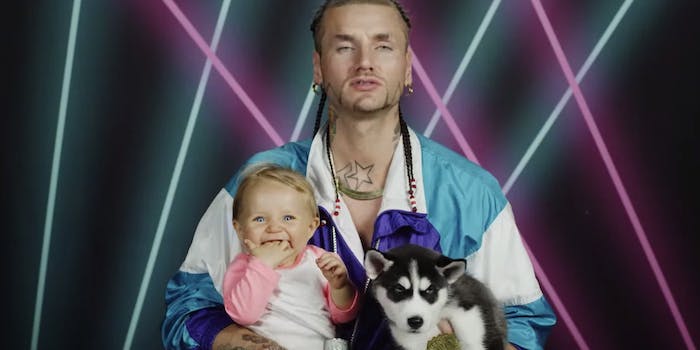 You can't tip-toe around Riff Raff.

It’s been quite a month for rappers getting physical with fans: First Run the Jewels were accosted during a South by Southwest gig, then Action Bronson personally hurled a fan off stage earlier this week. During a recent show, human meme Riff Raff proved no one tip-toes in their Jawwdinz around him.

As Riff Raff posed for some photos during a song, a fan came up behind him and heartily slapped him on the back. A security guard, identified as Burly Boy Kane in the upload, was on it; he dolphin-dives out of nowhere and tosses the man back into the audience like chum.

We’re not sure why Riff Raff needs a security guard, what with his new diet, but this really is a beautiful set up and take down. The rapper didn’t mention the incident on Twitter, but he did mention his new line of fast food clothing. Hopefully that guy is recovering.