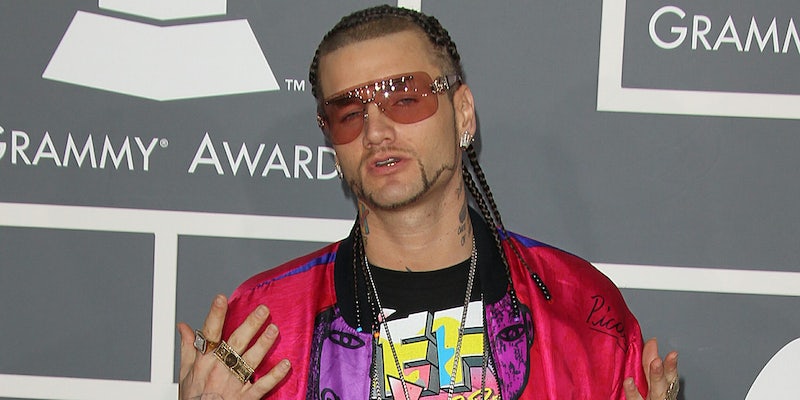 Woman says Riff Raff drugged and raped her in 2013

The rapper's tour has been canceled.

The rapper Riff Raff has been accused of drugging and sexually assaulting a woman backstage in 2013, and his Australia and New Zealand tours have been canceled.

In a Facebook post, a Melbourne woman named Eliza Stafford accused Riff Raff, real name Horst Simco, of rape, claiming that she attended a 2013 concert with her boyfriend, but was asked to come backstage during the show. Stafford, who was 19 at the time, says she was offered a shot of vodka, which Riff Raff and his support act told her was codeine. She then remembers waking up in a hotel room with Riff Raff.

She wrote: “I got a notification today because I work at in Richmond, and he is performing at the corner hotel next Friday night. I will be 50 metres from my rapist all night. About 6 months ago, I contacted my friends who were there to ask how much they remembered. They remember everything, we were children and didn’t know how to respond. If you are planning on attending the riff raff show at the corner next week I urge you to reconsider.”

Audiopaxx, the promoter, announced Thursday night that Riff Raff’s upcoming tour would be canceled, “effective immediately,” and that it “does not condone any of this alleged behaviour.”

TOUR UPDATE: we have been made aware of allegations made against Houston rapper Riff Raff. Audiopaxx takes these matters…

The venue mentioned by Stafford, Corner Hotel, also responded to the allegations.

Riff Raff has not responded.