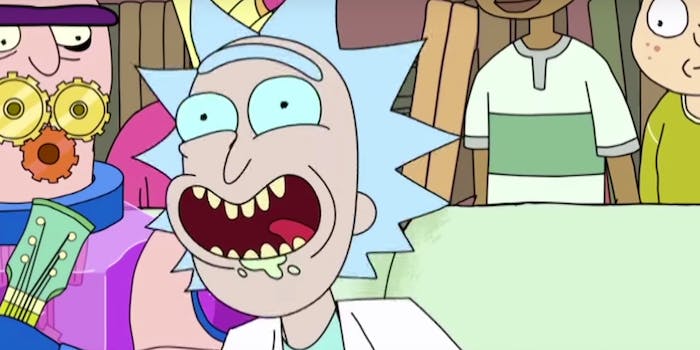 Just nod your head to the belch.

Rick and Morty’s premise revolves around universe-jumping, and Rick just landed in Kendrick Lamar’s world. Or maybe it’s the other way around.

Rick and Morty is apparently a great canvas for rap mashups, as seen on a recent nod to Eminem’s “Rap God.” Lamar, who shows up on the new Dr. Dre album, Compton, released third album To Pimp a Butterfly earlier this year, and YouTuber MisterMcWilli created this wonderful collision, featuring that album’s “King Kunta” and some carefully edited words from season 1 of Rick and Morty.

The flow gets a little rushed in parts, but it mirrors the intergalactic chaos of the show pretty well.